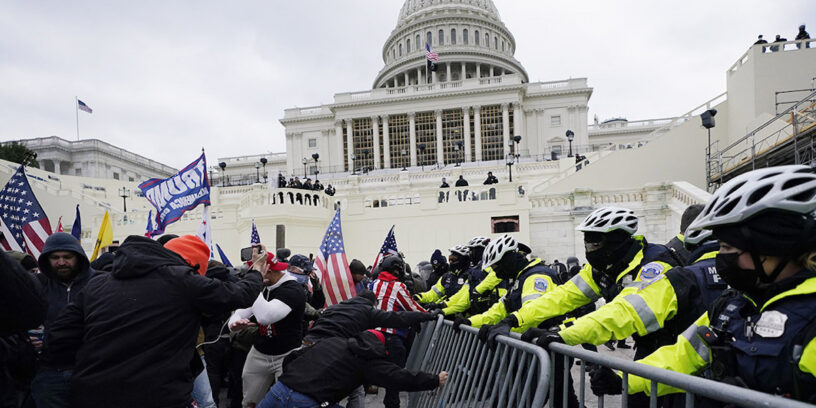 Like all of America and much of the world, I spent last night riveted to the horrific events unfolding in our nation’s capital.

Until not very long ago, I could never have imagined seeing scenes like that in my lifetime.  Hordes of hateful, violent rioters desecrating the halls of Congress were the things of history books, not the evening news.

Yet now they are.

I woke early this morning for a Zoom call halfway around the world with a friend who happens to work for the Open Society Foundation (OSF), a global organization dedicated to building “vibrant and inclusive democracies whose governments are accountable to their citizens.”  He is a grant maker for OSF based in Myanmar (Burma), a country that calls itself a democracy but functions as a military dictatorship.

He is working with small, struggling local newspapers to give voice to human rights violations in a country where web sites and news outlets are regularly shut down, and journalists are routinely threatened and jailed for criticizing the government.

As soon as our videos appeared on the Zoom screen, the first thing he said was, “I am so glad you are safe. Congratulations on keeping your democracy.”

He was not trying to be funny.  He said this sincerely, without a trace of irony, as a man who has spent his life in southeast Asia battling for democracy against the forces of tyranny and oppression.

I would have liked to be able to say to my friend on the other side of the world that what he saw yesterday is not who we are as a nation.

But clearly that is not true.

Today, at this moment in time, this is who we are as a nation, and we must grapple with that.

At our best, we are world leaders, staunch defenders of human rights, and models of democratic virtue.  We can and should still aspire to those ideals, but we are not currently living them.

Yesterday’s insurrection in our Capitol building was an attempted coup, encouraged by the president himself, and enabled by other elected office-holders.

It was a failure of our two-party system, which has allowed an unscrupulous demagogue to run unchecked, drawn the nation into fierce tribalism, and one party into a win-at-all-costs approach to governing, even if it means threatening democracy itself.

It was a failure of law, order, and policing, which on occasion demonstrably treats groups of peaceful people of color protesting mistreatment very differently from malevolent groups of white domestic terrorists.

It was a failure of the traditional media which, while trying to find ways over the past few years to maintain some kind of objectivity in the face of egregiously destructive behavior; and while trying to compete with the fevered echo chambers of social media channels; is still too often drawn to the flashy, the lurid, or the attention-grabbing over the substantive.

Most of all, it was a failure of national character.  It is both heartbreaking and encouraging to know that we have it in our power and ability—as we have demonstrated many times before in our nation’s history—to change everything that is ailing our democracy today.

We, the people, still elect those who represent us.  And we can demand better from them.

We, the people, still determine our laws and methods of law enforcement, and we can ensure both safety, and fair and equitable treatment of all citizens.

We, the people, create and consume all forms of media, and can choose greater responsibility and critical thinking about our sources and how we use them.

A few years ago, as the rumblings of discontent that led to yesterday’s national crisis were growing louder, one of America’s most respected newsmen for more than six decades, Dan Rather, published What Unites Us: Reflections on Patriotism, a nonpartisan collection of essays about the soul of America, and how to recapture it.

Writing about the Capitol building that yesterday was under siege, and the other great monuments of Washington, D.C., Rather observes, “The true foundations for those buildings are not brick and stone, but our Constitution, our rule of law, our traditions, our work ethic, our empathy, our pragmatism, and our basic decency.  As I have seen over the years, when we cultivate these instincts, we soar.  When we sow seeds of division, hatred, and small-mindedness, we falter.”

Yesterday, without question, we faltered.

But Rather goes on to encourage: “America at its best is a wonderful, diverse, and spirited chorus.  When we sing together, our message is amplified and it can shake the heavens.  The songbook for our democracy is infused with our history, the joy of our glories, and the pain of our failures.  Its music and lyrics must be taught to those who will come after us.”

Today, after a day that will undoubtedly take its place as one of the most shameful in the pages of our history, my sights, and I hope yours, too, are set on Rather’s beseechment.

I want to draw on our wonderful, diverse, and spirited chorus to sing together and shake the heavens once again.

To be sure, there is a role to play for public education and colleges like Northern Essex Community College, where we strive to educate students to be prepared for not only careers and lifelong learning, but for civic engagement and productive contributions to their communities and to our Commonwealth.

Our music and lyrics must be taught to those who will come after us.

And, if we are to reclaim that which we have lost, there is a role to play for everyone.

When we turn away from division, hatred, and small-mindedness, and toward our Constitution, our empathy, and our basic decency, we soar.

I want to soar again.