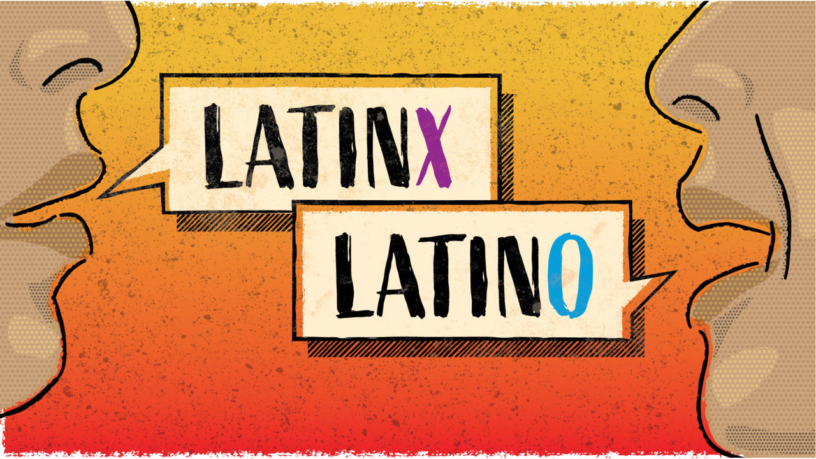 Last week, the results of a national survey conducted by Bendixi and Amandi International revealed that only 2% of Hispanic Americans use the term “Latinx.”  Most prefer “Hispanic” or “Latino,” nearly half are bothered by the term, and nearly a third said they would be less likely to support a political candidate or organization that uses it.

The survey mirrored the results of a similar poll conducted last year by the venerable Pew Research Center which found that only one in four U.S. Hispanics reported hearing the term “Latinx,” and only 3% said they used it.

This is not news to us at Northern Essex Community College.

As New England’s first federally designated Hispanic Serving Institution, a college where 43% of our students are Hispanic, as the term “Latinx” began to be used more frequently a couple years ago, particularly on college campuses, we surveyed our students to find out their preference.

In 2019, we asked a group of faculty, staff, and students, as part of our involvement in the “Leading for Change Racial Equity and Justice Institute” at Bridgewater State University, whether the college should adopt the term “Latinx.”

After reviewing available research on the subject and talking to their peers and colleagues, they arrived at the same conclusion:  Most employees and students prefer Hispanic or Latino/a, which is how they and their families identify.

The final recommendation the group provided, and the college adopted, was:

“We welcome any member of the college community to use Latinx as a gender inclusive option. We recommend that in formal communication the college continue to use Hispanic or Latino/a to respect the preferences of our students and communities at this time.”

And so it goes with language, which is constantly flowing and evolving.

Around the time we conducted our survey at NECC, John McWhorter, a Black professor of Linguistics, American Studies, and Philosophy at Columbia University, and a frequent columnist on issues of race, language, and other topics, wrote a piece for Atlantic called, “Why Latinx Can’t Catch On,” in which he explained, from a professional linguist’s point of view, “Latinx doesn’t seem to be catching on the way African-American did, beyond certain circles. It’s largely because language change tends to come up from the people rather than being presented from on high.”

The creation of language can be a messy, unpredictable process that takes years, generations, millennia to evolve, and it often does so through a process known as “social constructionism,” which means, basically, that a group of people agree on what something means.

They don’t usually vote on it (except in France, where the Académie Française and its august body of “Immortals” actually does publish an official dictionary of allowable French words).

Instead, they experiment, try it out, and if it sticks, they use it—for a while, anyway, until something better comes along.

For example, as language expert Anne Curzan explains in her TED Talk, “What Makes a Word Real?” the word “nice” once meant “foolish,” while the word “naughty” once meant that you had nothing (“naught”).

So, how do you decide which word to use, and when, especially when it comes to words that describe race and ethnicity, which are often politically charged?

Well, it may require some extra work at times.

If you want to immerse yourself in the subject in small doses, you might try binging some episodes of National Public Radio’s podcast “Code Switch,” assembled by “a multiracial, multigenerational group of journalists who explore how race affects every part of society,” including language.  It’s a marvelous collection of perspectives that may help you navigate the sometimes-treacherous waters of how we talk about race in America.

But in the specific case of “Latinx,” if the advice of high-paid survey firms; white, middle-aged college presidents; and egghead university linguists isn’t convincing enough, then try listening to what 16-year-old Evan Odegard Pereira, a student in the Nova Classical Academy in St. Paul, Minnesota, had to say in his essay, “For Most Latinos, Latinx Does Not Mark the Spot,” which was one of the Top 10 winners this year (out of more than 11,000) in the Learning Network’s Eighth Annual Student Editorial Contest:

The United States has always had trouble categorizing people of Latin American descent, and the term Latinx is just the most recent example. Created as a gender-neutral alternative to Latino or Latina, it has gained momentum over the past decade and is now used by politicians, universities and corporations eager to signal their awareness of this new term. Despite its good intentions, many Latinos, including myself, view it as problematic.

Many of us find Latinx confusing or culturally offensive.

This is partially because of the term’s linguistic nuances. Latinx is an Anglicization of our language, an artificial label that defies the basic rules of Spanish pronunciation. To native Spanish speakers, Latinx feels foreign and imposed.

Foreign and imposed.  Or, as scholarly types have taken to calling it, an example of “linguistic imperialism,” in which a dominant group of people, perhaps even with good intentions, forces its language and ways of thinking on another group of people.

Debates like this over language are often reduced to simple but exaggerated reactions between those who learned certain words and ideas that were acceptable at one time and do not see a reason to change; and those who are particularly tuned in to changing language norms and eager to adapt quickly as new words come along.

Wherever you may be on this continuum, one quality above all others may be especially useful: humility.

For those less willing to learn and adapt, it may be useful to recognize that, whether you do or not, the language used by those around you will anyway.  Not every change gets picked up and carried along, but many do, for very good reasons, and you may find that an openness to trying new words and ideas will serve you well.

And for those eager, like the Immortals of the Académie Française, to police language and to scold those who get it wrong, it may be useful to remember Heraclitus’ observation about flowing rivers and the constancy of change, and extend some patience and goodwill to others navigating the same waters in their own way.