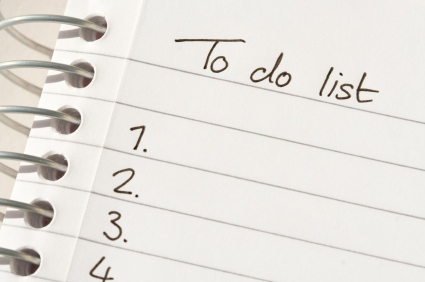 It’s been a Go-Getter week at Northern Essex Community College.

Skin in the Game

A couple weeks ago, James Surowiecki, the brilliant financial page writer for New Yorker magazine, penned this piece on “The Rise and Fall of For-Profit Schools.”

It is a brief and thoughtful history lesson about how profit-minded colleges and universities such as DeVry University, the University of Phoenix, and ITT Technical Institute became, for a while, enormously popular alternatives for a college degree; and how they are now beginning to implode.

The whole article is worth a read, but in case you’re pressed for time, here is the short version:

Back in the 1970’s, very few college students—less than half-a-percent of all those enrolled each year—attended a for-profit institution.

Between 1990-2010, the number of students attending and earning degrees from for-profit colleges and universities soared to about 12% of the total 20 million or so students enrolled in the U.S.

But over the past five years, enrollment at for-profits has declined by about half.  Once the largest student body in the world (largely through online enrollments), the University of Phoenix shut down 115 of its physical locations and laid off 800 employees last year.

It seems that the for-profits, in a quest for growth and revenue, propped themselves up on a critically flawed business model:

It’s an awful situation for students and families, and for you and me as taxpayers, since the U.S. Department of Education recently stepped in to bail out Corinthian Colleges, Inc. to the tune of several hundred million dollars; and a refinancing boom for student loans is rapidly turning a federal government profit center into another losing proposition.

That’s why Massachusetts’ own Senator Elizabeth Warren is championing legislation, as part of the reauthorization of the Higher Education Act, that would require colleges to have some “skin in the game” for student loans.

The idea is that colleges whose students default on their loans at high rates would be on the hook themselves for paying back some portion of those loans.  For example, a college with a student loan cohort default rate of 20-25% would be penalized 10% of their total volume of federal student loans.

On the surface, it sounds like a reasonable idea:  spread the risk around to everyone who might benefit from a productive college graduate—the government, the student, and the alma mater.

But it’s an idea that could disproportionately damage community colleges like NECC, and potentially do more harm than good for the disadvantaged students it seeks to serve the most, and punish colleges that don’t help students move toward graduation, and good-paying employment, affordably.

Last Monday, I visited Senator Warren in her Boston office, along with a few other community college presidents, to explain our concerns about her “risk sharing” proposals.

We described how community colleges already have quite a bit of “skin in the game” as a result of our open-door mission, the nature of our student body (large numbers of first generation, low-income, minority, and other at-risk students), and performance funding formulas that are shrinking already scarce state dollars.

We also noted that community colleges still cost far less than four-year colleges and universities (either public or private), and are a third or less the cost at a for-profit college, many of which charge for an entire degree—tens of thousands of dollars—up front, before a single class is taken.

Most of our students do not take out loans at all, and when they do, it is typically only for a few thousand dollars.

Yet, we do not get to decide which students borrow—whether they are likely to repay their loans or not—and how much debt they take on.  So, even though only 29% of NECC’s 2013-14 graduates had any loan debt at all, the amount of loans taken out by many of our students—and community college students across the country—during the recent recession increased significantly, as students borrowed not only to pay for college, but to pay for rent and groceries while unemployed or underemployed.

The spike in student loan defaults between 2009-2013 at community colleges was largely due to these students, who may have been taking shelter on campus from the economic storm raging outside.  Default rates have been dropping drastically since the recession ended.

Regardless of the differences in cost, student body profile, borrowing rate, or borrowing amount, if Senator Warren’s current proposal is adopted, or if one of the other “skin in the game” pieces of legislation being proposed by other members of Congress ends up as law, Massachusetts community colleges could be penalized anywhere from several hundred thousand dollars to several million dollars.

What Elizabeth Warren and her senate colleagues are after are a few goals we share:

But the bottom line is that, as written, the risk-sharing proposal currently moving through the U.S. Senate is too blunt an instrument.  In going after the bad business models that charge too much, offer little in return, and require most students to take on huge debt; the formula for penalizing disreputable behavior would also take an ax to lower cost public community colleges where students are graduating, transferring, and finding employment at higher rates, and taking out far fewer loans.

Senator Warren’s challenge to us as community college leaders is to find a way to thread this needle.  What policy and funding buttons and levers can be pushed or pulled to fix what’s wrong and strengthen what’s working for students?

We made a few suggestions—such as prohibiting colleges from charging for entire degrees up front, putting a ceiling on student loan amounts, giving individual colleges greater autonomy over lending decisions, and, of course, finding ways to encourage states to support higher education enough to keep costs reasonable for students and families in the first place.  And we promised to go back to campus, dig deeper, and offer some more ideas for creating a new Higher Education Act that would better serve our students and their families.

I come from a family of list makers, and I am most definitely a list maker, too.

Piles of legal pads, pockets often overflowing with Post-Its (thank you, 3M!), and now iPhone apps all keep me organized, prioritized, on time and on target.

Big Sis T?  Not so much.  She is a bit more, um, organic and free-spirited.  She always gets her homework done, usually makes it to rehearsals, practices, movies, and birthday parties more or less on time, and as a last resort will grudgingly set an alarm in her phone to remind her about really important things (like the premiere of a new episode of “Once Upon a Time” or the release of a new Hunter Hayes song on iTunes).

But that list making gene skipped right over her and landed squarely on Little Sis Z who, at age 11, is one of the most punctual and well organized people you could ever hope to meet.

Last week Little Sis Z had some time to herself while Big Sis was away at her music lesson and I was finishing up a project outside.  After about an hour, I walked back in the house to find this list, describing what she had accomplished, neatly printed on the counter in the kitchen:

STILL NEED TO DO

The list itself was impressive, but the fact that she had actually accomplished all this in less than an hour was monumental, and well worth the big hug left on her to-do list.

The “Big News”?  Earlier that day at school one of Little Sis’ teachers, recognizing what a well-organized little go-getter she was, nominated her for the school’s Peer Mediator program so she would have the chance to help other kids put their thoughts and feelings together in constructive—and productive—ways.

As you look back on your week, and forward to the one ahead, may you push the right buttons, pull the right levers, thread the needle wisely, and take good care of the most important things on your list.