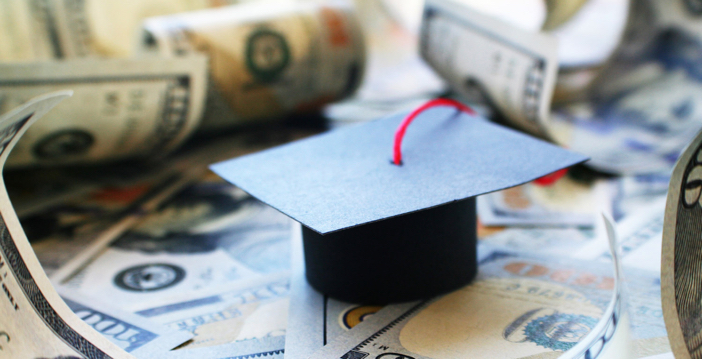 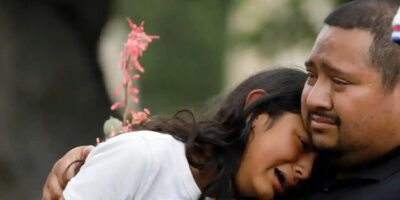 Note: This article appeared in the June 4 issue of Commonwealth Magazine.

Any day now, President Biden is expected to make an announcement that his administration will be cancelling up to $10,000 in college student loan debt for each borrower.

A lot of people are going to be unhappy about that.

Borrowers with much larger loan balances hoping for greater relief will be deeply disappointed.

Democrats like Massachusetts Senator Elizabeth Warren, seeking to forgive $50,000 in debt, or Vermont Senator Bernie Sanders, who wants to erase all student loan debt, will fall quite short of their goal.

So, just who will be happy?

Most likely, a relatively small portion of Americans with modest student loan debt and average incomes, as well as some borrowers who took out loans and did not complete their degrees.

More importantly, as both Democrats and Republicans seem to agree, waiving any amount of student loan debt today does nothing to alleviate the systematic problems that created the debt crisis we now face in the first place.

How in the world did we get into this mess, and what can we possibly agree on that will get us out of it?

Who Has Student Loan Debt?

There are a lot of misconceptions around student loan debt, which can make it difficult to understand what the best solutions might be.

Here are some straightforward facts, available through the U.S. Department of Education, the Brookings Institution, the National Student Loan Data System, and Educationdata.org that should inform better policy decisions:

The actual amount of debt a borrower owes is not always the most critical factor.

Whether the borrower graduates with a degree, the borrower’s earnings, and the amount of the borrower’s monthly payment more frequently determine whether the debt is a wise investment in a future career or an unmanageable burden leading to years, even decades, of financial stress.

While there is no single formula for determining how much student loan debt is too much, financial advisors offer rules of thumb such as:

The total amount of debt should not exceed the yearly salary that the borrower expects to earn during the first year after college.

The monthly payment should not exceed 10% of the borrower’s gross monthly earnings.

If that same social worker is a first generation, Black college graduate from a low-income family, and attended a for-profit college (where Black and Hispanic students are three times more likely to go than White students), her debt may be twice as high, and it may ruin her financially for the next twenty years or more.

The Pros and Cons of Student Loan Debt Forgiveness

The move that the Biden administration is about to make to forgive some amount of student loan debt is the result of millions of Americans delaying ordinary stages of life, such as getting married, buying homes, and having children, or even delaying retirement because of their student loan obligations.

According to a recent poll by Morning Consult, about two-thirds of Americans believe there should be some kind of student loan debt forgiveness, ranging from just some debt for the lowest income borrowers to all debt for everyone.

Perhaps not surprisingly, this belief breaks down quite differently by age group, with 71% of voters under the age of 34, including 56% of Republicans, favoring some form of debt cancellation, while the older Baby Boomer generation, especially Republicans, disagree.

A chorus of voices on both sides of the debt forgiveness debate has been rallying supporters for years now.

Those pushing to forgive some or even all student loan debt argue that:

While those who do not support debt forgiveness argue that:

Just because a majority of American voters, especially younger ones, favor some form of debt forgiveness, and a Democratically controlled White House is ready to make it happen, is it the best choice to make to solve the problem we are facing?

The gesture will indeed provide relief to about a third of federal loan borrowers, those who owe less than $10,000, and it will lower the balances on millions of other borrowers, making it somewhat easier to pay down their loans over time.

However, without addressing the myriad problems with the existing federal student loan system, as well as the overall cost of college attendance and resources available to pay for it, we will find ourselves right back in the same place again almost immediately.

And of course, the Biden administration has no authority at all over the approximately $133 billion in privatestudent loan debt carried by millions of Americans.

So, while $10,000 in debt forgiveness may well be a one-trick pony that will leave a lot of people wanting more (or less), there are some more moderate, practical solutions that could help reduce overall student loan debtwhile increasing college attendance and completion, particularly for low-income, first-generation, students of color.

A few with the greatest potential for positive impact (and maybe even bipartisan support) include:

These may all seem like down-in-the-weeds, technocratic solutions, certainly not as eye-catching or headline-grabbing as “Student Loan Debt Forgiven,” but when it comes to the art of the possible in Washington right now, they may be more achievable, and will do a lot of good for a lot more people.

Another idea to consider, which may not have the same broad appeal:

However, there are no limits on federal loans for graduate studies or on private loans at any level.  Tighter restrictions on borrowing, while not popular with everyone, would force some choices among borrowers and at colleges and universities, which may have to put tighter controls on their costs.

While much less likely to gain bipartisan support, the one step that would be most likely to reduce the cost of college to students, and therefore their student loan debt:

Lastly, there is a role for states to play here as well.  In Massachusetts, the Department of Higher Education has successfully advocated for funding from the state legislature that has expanded the MassGrant Plusprogram to help community college students pay the full cost of their tuition and fees, and is about to expand the program further to include students at state universities and the University of Massachusetts campuses.

Additional funding for students’ living expenses beyond tuition and fees—food, housing, transportation, and more—would further reduce the need for student loans while improving student retention and graduation, and adding to the state’s skilled workforce.

The debate over student loans and how most Americans pay for a college education should no longer be about whether we do something, but rather about what we are going to do.

And if we are going to make real, lasting progress anytime soon, our attention needs to be forward-focused on solutions that address the actual causes of the problems we face, so that a generation from now, our children’s children aren’t facing them, too.