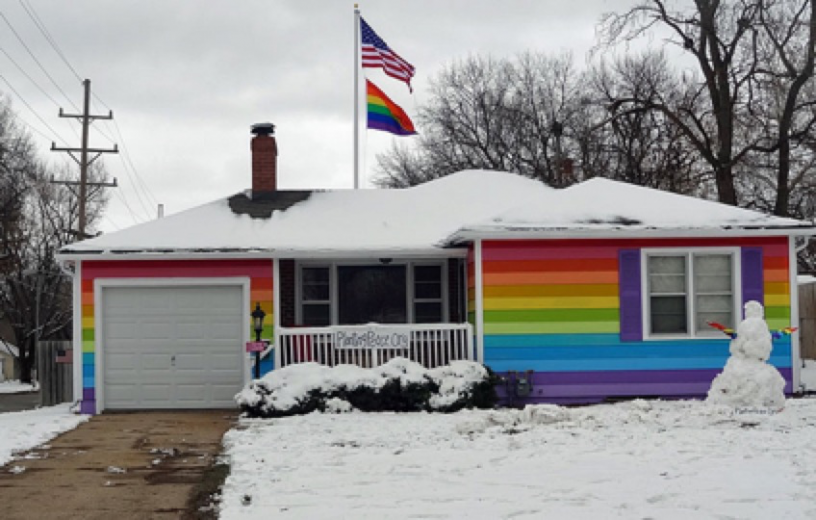 One of the greatest strengths of American colleges and universities is an idea we call “academic freedom.”

Academic freedom means that professors and students are free to research, study, experiment, discuss their findings, and share them with each other and the world—without inhibition or interference.  The word “professor,” after all, comes from the expectation that trained academics will seek truth within their field of study, stand up in front of a classroom or a crowd, and “profess” what they discover.

Of course, not everyone is equally comfortable as the center of attention.

Plenty of studies over the years have shown that one of the greatest fears Americans have, greater even than fears about snakes, bugs, flying, falling, or even clowns (yes, about 8% of us are afraid of clowns), is a fear of public speaking.

More than a quarter of Americans say that talking in front of a crowd is their number one fear.

Employers in nearly every career field consistently say that two of the most important skills they expect from college graduates are critical thinking—the ability to analyze information, weigh opinions, and come to sound conclusions that comes from practicing “academic freedom”; and effective communication—both in writing, and verbally, as part of a team, or when giving an important presentation.

As a way of promoting these two core academic skills and giving NECC students a chance to overcome their fears and practice them in front of an audience, Journalism/Communications Professor Amy Callahan and the students in her Principles of Public Relations class launched Speechapalooza 2015 last Wednesday.

The first-time event was a celebration of student speakers from NECC’s public presentation and public speaking classes and (because this is a college campus) boasted, “Free speech.  Free speeches.  Free PIZZA!

The roster of nearly two-dozen young orators managed to cover a lot of ground (while the audience covered several boxes of pizza) in a short time.  There were informative, “how-to” speeches like Jessica Freeman’s “History of the Chocolate Chip Cookie” and Katerina Zacharopoulos’ primer on “Planning a Trip to Greece;” alongside more scholarly stem-winders like Christian Doyle’s “Gifts, Giving, and Receiving” (some philosophical advice on how to be a gracious receiver of someone’s generosity), Shaina Richards’ “Sexualization of Women in the Media,” and a team presentation on “The Evolution of Gunpowder in the Middle East.”

The crowd’s sentimental favorite may have been Luis Perez, a self-described former juvenile delinquent, turned upright entrepreneur, who clicked through a PowerPoint presentation called “My Rock,” an ode to his hard-working, single mother.

An event like Speechapalooza brings you the best that colleges have to offer their communities and the world: the academic freedom, the critical thinking, and the voices of our students—tomorrow’s opinion-makers and leaders of change.

After all, there’s a reason Napolean Bonaparte cautioned, “Four hostile newspapers are more to be feared than a thousand bayonets.”

Big Sis T, still only a high school freshman, may be a few years away from Speechapalooza, but she already recognizes the importance of free speech—and the frustrations that sometimes come with it.

At her school, T is an active member of the Gay-Straight Alliance, a national organization that helps kids educate their schools and communities, and become advocates for policies that protect youth who identify as LGBTQ (lesbian, gay, bisexual, transgender, and/or queer) from harassment and violence, and create peaceful, welcoming environments for everyone.

She is also in the drama club, and together, the two groups recently produced The Laramie Project, a play about Matthew Sheppard, the young, gay man, in Laramie, Wyoming who was beaten and left tied to a fence post to die.  The play was assembled from actual court transcripts, newspaper and television interviews, and other first-person accounts of family, friends, and citizens of Laramie.

One scene in the play was particularly troubling for T when they first started rehearsing it:  Reverend Fred Phelps and members of the Westboro Baptist Church from Topeka, Kansas, well known for staging protests against homosexuality at the funerals of celebrities and military servicemen, also picketed the funeral of Matthew Shepard, and returned the following year to protest at the trials of the men who murdered him.

The signs the protestors carried and the things they shouted at people walking by were not things T remembered hearing in any church, and as harmful as these words seemed, she wondered why—First Amendment or no First Amendment—the Westboro congregation was allowed to demonstrate at all.

Then T and the cast discovered a thin silver lining:  Romaine Patterson, a friend of Matthew Shepard’s, led a group of other friends in a silent protest of their own.  Dressed as angels, with enormous white wings made of bed sheets and plastic pipes, they circled around the Westboro protestors, peacefully blocking, as much as they were able, their hateful signs and screams.

The actual events in Laramie, Wyoming happened nearly twenty years ago, back in 1998; but as Big Sis has discovered through her work with the Gay-Straight Alliance at her school, they still echo strongly today.  And, of course, the Westboro Baptist Church congregation continues to appear at high profile funerals around the country, after a Supreme Court ruling in 2011 upheld their right to protest, insisting that we need to protect “even hurtful speech on public issues to ensure that we do not stifle public debate.”

So Big Sis was particularly pleased last week when a friend texted her a picture of the “Equality House,” a small ranch home on Orleans Street in Topeka, Kansas, right across the street from the Westboro Baptist Church, brightly painted in the rainbow colors of the gay pride flag.

Aaron Jackson, co-founder of the rainforest conservation charity Planting Peace, bought and painted the house because, like T and her friends in the Gay-Straight Alliance, he wanted to do something to help kids struggling with their identities, and facing criticism, bullying, and worse.

Summing it up as only an energetic, wonderfully idealistic teenage girl could, Big Sis observed, “That—is just too cool.”

As you look back on your week, and forward to the one ahead, may you let your mind inquire freely, speak the truth as you find it, and appreciate all the colors of the rainbow.