Immigration and NECC: Know Your Rights 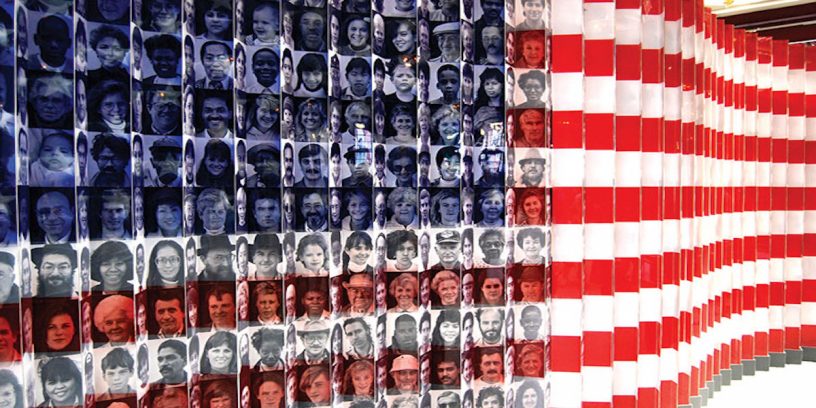 Note: A version of this article previously appeared in “Running the Campus” on April 30, 2017.

Immigration has been an essential part of higher education in America since long before we were a nation:  John Harvard, the great benefactor of America’s first college, was born and raised in Southward, England.  He emigrated to Massachusetts in 1637 and lived in the Bay State barely a year before dying in 1638 and leaving his estate to the school that eventually bore his name.

And immigration continues to contribute to higher education in vital ways today.  Two of the presidents recently appointed to lead community colleges in Massachusetts are immigrants:  Dr. Luis G. Pedraja, president of Quinsigamond Community College, is a Cuban immigrant who grew up in a low-income Miami neighborhood before becoming the first in his family to attend college.  And Dr. Yves Salomon-Fernandez, president of Greenfield Community College, is a native of Haiti who emigrated to the United States when she was twelve, learning English and Spanish here in Massachusetts.

Colleges and universities nationwide depend on immigrant and foreign visiting students, faculty, and staff as contributors to research and teaching, to campus cultural diversity, and, increasingly, to enrollment and their local economies.

Over the past five years, an average of 84% of NECC’s students each semester are U.S. citizens. The other 16% include permanent residents (green card holders), foreign students on visas, undocumented students, and students whose status we do not know.

Approximately 93% of NECC’s employees are U.S. citizens. The other 7% includes permanent residents and others on work visas.

We are a nation of laws.  Some of those laws govern immigration, and who may visit, study, work, and live in our nation.

Although the practice of controlled or closed borders around the world is relatively new—most countries only began adopting strict border controls after World War I, to manage the mass migration of people displaced by the conflict—every nation in the world now has some measure of border control and security in place, or at least declared.

Here in the U.S., the current federal administration in Washington has brought increased attention to border control and immigration issues we have been grappling with as a nation—and as educators—for decades.

And some recent actions by our national government have created significant challenges for higher education.

Just over 1.2 million students from abroad studied at American colleges and universities this spring; but that number is down nearly 10% over the past two years.  According to the Center for Academic Mobility Research and Impact at the Institute of International Education, this is largely due to more restrictive policies on academic visas, and the perception by prospective students and their families in countries like Canada, China, Korea, and the Middle East that the United States has become an uncertain or even unfriendly environment for them.

International recruitment and enrollment has not been a significant factor for NECC in the past; but with current budget and enrollment challenges, and with our efforts to build more bridges to the home countries of our immigrant populations here in the Merrimack Valley, it has become a necessary strategic part of our future—and at this point, that future is cloudy at best.

And then there are those young people, known as the “Dreamers,” who are caught in a particularly vulnerable position right now: The children of unauthorized immigrants who either entered the United States illegally or overstayed their visas, “Dreamers” were given special protection in 2012 by the Obama administration. The Deferred Action for Childhood Arrivals, or DACA, program provides them with a two-year period of deferred action on deportation, eligibility for a work permit, and the ability to go to college.

However, the Trump administration has consistently sought to end the DACA program for the past two years, and has been temporarily restrained from doing so by circuit courts.

NECC has several “Dreamers” enrolled through the DACA program right now, and their status remains uncertain.

This weekend, as immigrants and undocumented individuals across the country, including here at NECC and in the communities we serve, are concerned about possible raids and arrests by Immigration and Customs Enforcement (ICE) agents as part of the ongoing pressure to significantly curtail immigration to the United States, it seems important to share what I believe about immigration and higher education, and what actions the college can, and cannot, take to both protect our students and comply with the law.

We are a nation of immigrants.

Continued immigration is vital to our identity, our economy, our safety, and our future as a global model for democracy.

We are a nation of laws.

Some of those laws govern immigration, and who may visit, study, work, and live in our nation.

Now, one of the big fears about immigrants seems to be crime, and accusations that those seeking asylum or citizenship are violent criminals. But a growing body of research, such as this report from the Sentencing Project, and this one from the Cato Institute, consistently shows that immigrants generally have lower rates of crime and incarceration than native-born U.S. citizens.

When I consider these facts about immigrants and immigration, and recognize the importance of foreign born students, faculty, and staff as contributors to research and teaching, to campus cultural diversity, and to enrollment and the economies of the cities and towns we serve, from my perspective as president of Northern Essex Community College it is clear to me that we must do everything we can to ensure safe, broad access to higher education for immigrants on our campuses.

Therefore, it will be helpful for students, faculty, staff, and the public to know the following information:

Protection of Student Information and the Role of Campus Public Safety

Student record information is protected from unauthorized disclosure under the federal Family Educational Rights and Privacy Act (FERPA). According to the law, the college will not release a student’s educational records absent a student’s prior, written consent or as required under the law.

Northern Essex Community College has an open admissions policy and does not require information about the immigration status of any of our students in order to enroll or take classes at the college.

If someone from a federal agency arrives on campus and requests student information, they should be directed to the President’s Office and Chief of Staff Cheryl Goodwin, cgoodwin@necc.mass.edu or 978 556-3854.

From John Harvard to Luis Pedraja and Yves Salomon-Fernandez, across four centuries, one-hundred-and-fifteen congresses, and forty-five presidencies, immigration remains an essential part of the success of American higher education, all around the country, and right here at NECC.