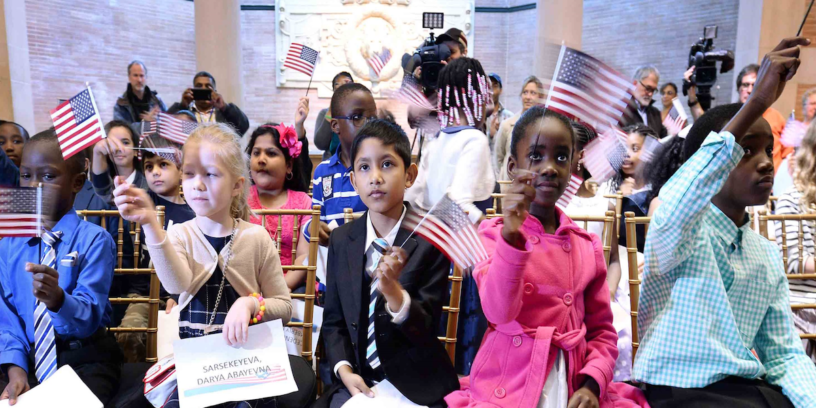 From time to time, often on holidays, I share “Running the Campus” stories that I have told before, like “America’s White Table” on Veterans Day or “Thankfuls and Hopefuls” on Thanksgiving.

I admit to being a natural-born optimist who also happened to grow up on and around military bases, with a career Marine for a father.

As a kid, I lived on Treasure Island, California, the small man-made island in the middle of the San Francisco Bay that holds up the Bay Bridge and that once served as a naval base.

I remember roaming the streets of the Golden Gate City admiring all of the red-white-and-blue fire hydrants (the red-white-and-blue everything) celebrating our nation’s bicentennial in 1976, and watching the Blue Angels, the Navy and Marine Corps “Ambassadors of Goodwill,” soar through the sky to the delight of the crowds gathered along the shorelines.

I tend to think the best of our nation, this great “American Experiment,” even during some of our most challenging times.

And recently, we have certainly seen our share of challenging times, as faith in democracies around the world, including here in the United States, has been shaken.

It has been enough to drive even a patriotic optimist like me in search of answers and inspiration.

I found some intriguing possible answers in Jay Bavel and Dominic Packer’s exploration of human beings’ tribal nature, The Power of Us: Harnessing Our Shared Identities to Improve Performance, Increase Cooperation, and Promote Social Harmony.  It’s a practical handbook for recognizing and overcoming your own biases, getting out of your echo chambers, being more comfortable with dissent, and tapping into group identity as a force for good in the world.

If that sounds too wonky for you and it’s inspiration you’re seeking, then it doesn’t get better than Renegades: Born in the USA, a magnificent book that began as an eight-part podcast of conversations about what it means to be an American between former President Barack Obama and The Boss himself, Bruce Springsteen.

At the beginning of “The American Story” chapter, the two unlikely friends ask, “What does it mean to be an American?”

For most Americans growing up in the fifties, the answers were pretty simple.  We were hardworking and freedom loving.  Rugged individualists with a can-do spirit.  We opened up the frontier and built mighty industries and allowed everybody to get their piece of the American Dream. We were on the right side of history, having defeated Hitler and liberated Europe.  We now stood sentinel against a godless, totalitarian communism—to make the world safe for democracy.  We watched the same TV shows and listened to the same radio programs.  We loved Westerns and baseball, hot dogs and apple pie, fast cars and Fourth of July parades.

That’s the story we told ourselves, anyway.  But it wasn’t the whole story.  It left a bunch of stuff out, whether it was the continuing discrimination against brown and Black people or all the ways that women were expected to stay in their place, or some of the ugly realities of our foreign policy during the Cold War.  Bruce and I came of age as young people were challenging a lot of America’s most cherished myths about itself.  The result was a growing bitter divide in the country.  A political and culture war that in a lot of ways we’re still fighting today.

Throughout Renegades, as Obama and Springsteen unflinchingly explore issues of race, class, and political division, they also share their deep love for America, with all of our faults and through all of our struggles.

It is a deeply patriotic, even optimistic, story for our times, just when we need it most.

For today, though, I am returning to Jefferson’s letter, with all of its aspirations and contradictions, hopeful that through the “Power of Us” we will continue to find our way as a force for good in the world:

Jefferson’s health was failing fast, and it was not possible for him to travel from Monticello.  Instead, he sent his regrets, along with these stirring thoughts on the founding of the nation, the importance of reason, and the rights of all people to be free:

From the instant the ink dried on the Declaration to this very day, our collective 241st birthday, our progress as a democratic nation has run in fits and starts.  Americans in every age have experienced moments of pride and unity, as well as shame and discord.

However you may be feeling about our progress as a nation—and opinions do range widely—may “the annual return of this day” today refresh in you your recollection and devotion to “the unbounded exercise of reason and freedom of opinion” Jefferson held so dear.