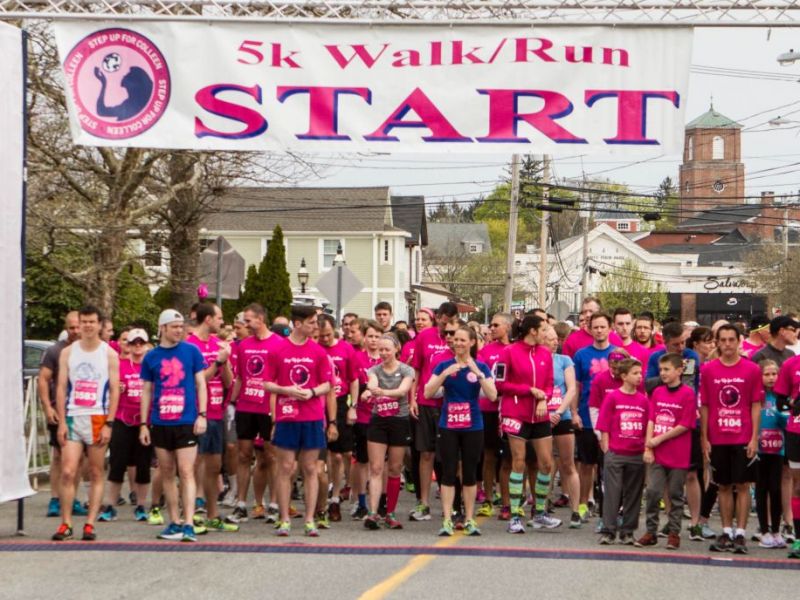 Running has been a way of life for me for a long time now—one I inherited from my father, a career Marine and accomplished marathoner who ran the Boston Big One back in the ‘80s in under three hours.

I’ve been fortunate to marry a fellow runner who, like me, enjoys four seasons New England running; and to have a couple brothers and a sister who tackle all sorts of outdoor fitness activities.  A couple weeks ago, three of us competed in the Tuckerman’s Inferno Pentathlon, which involved running, kayaking, cycling, hiking and skiing your way across 38 miles of New Hampshire’s Presidential Range.

That’s our idea of fun on the weekend!

I enjoy running for lots of reasons:  It’s great exercise; I do some of my best thinking on long runs; it’s a wonderful way to meet friends and explore the countryside or a new city; I can eat pretty much whatever I want; I sleep better; all I need is a good pair of shoes; and the list goes on…

A few years ago, I started the President’s Running Club at NECC (our motto: “We run the campus!”)  The club is open to all students, faculty, and staff at the college, and to all kinds of runners.

Each semester, we get together at least once a week to socialize, run laps around the campus (at different speeds for different runners), and prepare for a 5K race.

For new runners we have our “Couch to 5K” group, coached by NECC Chief Information Officer Jeff Bickford, and other groups are formed based on the interests and abilities of the runners who show up.

Oh, and if you can’t actually show up, you can download the PRC App and check yourself in and out online (we’ll take your word for it).

Today, thanks to the members of the President’s Running Club, I was reminded of one other big reason I’m a runner: It brings out the best in everyone.

Fourteen PRC members who began the semester looping the campus in January’s snow and frigid temperatures ran the 5th Annual Step Up for Colleen 5K in Andover today, a scholarship fundraising event and memorial for Colleen Ritzer, a lifelong Andover resident and former Math teacher at Danvers High School who passed away in 2013.

The rest of us, um, came along afterward.

But this race, like many races our club runs, wasn’t really about competition and who came in first.  It was about fitness for a good cause, camaraderie, enjoying the outdoors, and the best that everyone there (over 3,000 runners and probably just as many spectators) had to offer.

Here are just a few of the inspiring sights and sounds from today’s run:

And when you have friends and encouragement like that, you can run through anything.