The Highest Level of Giving 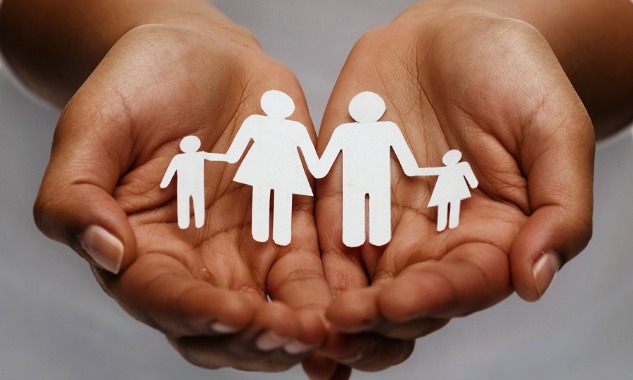 Note long ago on Running the Campus, I wrote this open letter to the Winner of the Mega Millions Jackpot Lottery, explaining why it would be best to forget about Harvard and donate a million bucks to any community college in the country.

Doing some quick math, I noted that a million dollars at Harvard would show up on their nearly $40 billion balance sheet as a rounding error, and benefit approximately one student (OK, technically 1.4) per year; while at a community college like NECC (or any of the other nearly 1,200 community colleges in America) that same rock will fund full scholarships for around 50 students a year—2,000 or so over the next four decades.

Maureen Wilkins gets it. She has been a generous supporter of Cape Cod Community College (CCCC) over the years, and recently donated the largest gift in the college’s history (and one of the largest ever among community colleges nationwide): $5 million toward the construction of CCCC’s new Science and Engineering Building.

Sal Lupoli gets it, too.  He has partnered with Northern Essex Community College in a number of ways over the years, creating the restaurant for the popular Revolving Test Kitchen on our downtown Lawrence campus, and now contributing $500,000 toward NECC’s future Hospitality and Culinary Arts Institute, a gift that will allow us to endow a faculty chair—the first of its kind at a community college in the Commonwealth.

These are amazing contributions to community colleges that are truly transforming lives and helping students climb the socioeconomic ladder.

But, Maureen Wilkins’ and Sal Lupoli’s generous vision for community colleges hasn’t caught on in a big way quite yet.  Each year in the United States, the overwhelming number of charitable dollars to higher education still flow to the wealthiest colleges, with multi-billion-dollar endowments, where most students (about 70%) are already from the top twenty-percent of family incomes.

Even though community colleges educate more than 40% of the nation’s undergraduates each year, and the largest proportion of first generation, low income, minority, and at-risk students—for a fraction of the price; when it comes to attracting the attention of donors to higher education, we face some particular challenges:

When you’re the first to market with a new product or service, you can gain some advantage over your competition, such as establishing name recognition, building a customer base, and more quickly improving your business model.

Private colleges and flagship public universities have been in the fundraising “market” for decades, and have built up enormous foundations with sizable staffs of solicitors.  Most community colleges (including NECC) have only been raising private funds for the last twenty-five years or so, and have modest sized foundations and advancement staffs.

We have a lot of catching up to do.

One of the reasons community colleges came late to the fundraising party is that it wasn’t too long ago that most of our annual budgets were supported by state or local tax dollars. As “public” institutions, we didn’t need to raise our own revenue.

While a quarter century ago, colleges like NECC were approximately 75% state-funded; today, all fifteen community colleges in Massachusetts are between 35-45% state funded; state universities hover between 25-35% and UMass campuses are even less.

There is not a single college or university in the state of Massachusetts that receives more than half its funding from the Commonwealth.

We are all now “public-private” colleges, though many potential donors aren’t aware of this significant shift, and the need for community colleges to raise private dollars to remain affordable for our students.

Hail to the Alma Mater

That CASE Voluntary Support of Education report noted another significant factor that affects philanthropy at community colleges:  Alumni gifts are the second largest source of donations (26%) behind foundations (30%); though many foundation gifts are from alumni sources, so it is likely alumni are the single largest category of philanthropic giving to American colleges and universities.

Even though more than half of the people who graduated with bachelor’s degrees last year had attended a community college somewhere along the way, alumni are still a relatively small portion of our charitable donations.

Community college transfers and graduates who later complete their bachelor’s degrees and graduate degrees usually become donors and sing the alma mater of the four-year school that handed them that last sheepskin.

Yes, seeing your name on a building (or a plaque) at one of America’s premiere Ivy League universities carries a certain cachet.  After all, the best of the best have walked its marbled halls and bestowed their gifts upon it for generations, ensuring that it will remain one of the most sought after, hardest to attend, elite places in the world.

Most community colleges aren’t world-renowned, but our doors are open to everyone.  Our impact, while significant, is felt more locally: A majority of students attending community colleges live within eight miles of campus, and tend to stay in their community when they graduate, marrying, buying homes, raising families, building careers, and contributing to the local economy.

Each of these challenges, though, is also an opportunity:

When you’re not the first to market, you get to learn from those who came before you.

We may not be the publicly funded community colleges we once were, but we remain America’s open-door colleges, educating half of the degree holders in the country, and that’s a powerful story to tell.

Over the last half century or so, nearly 50,000 people have graduated from Northern Essex Community College, and most of those alumni live and work here in the Merrimack Valley.

And the Ivy League schools are great, but when it comes to actually making a difference in students’ lives, you can’t beat investing in community colleges.

According to the “Equality of Opportunity Project,” a national study of social mobility based at Harvard University, community colleges are some of the most  successful higher education institutions in Massachusetts at leveling the playing field: After their education, 20-30% or more of the students at places like Roxbury, Bunker Hill, Springfield Tech, Mass Bay, and Northern Essex Community Colleges move up two or more income percentiles and find careers, incomes, and lives for themselves better than where they started.

A wise friend of mine, who is also a supporter of NECC, once shared with me these “Eight Levels of Charitable Giving” according to the medieval Jewish philosopher Maimonides:

Community colleges excel at helping students, most of whom are from the lowest income levels and families without prior college experience, become educated and self-reliant.

If you haven’t heard from us yet, you will soon; or, if you’re eager to find out how you can get involved or support NECC, visit Alumni & Friends online to learn more.

And if you’re reading this from anywhere else in the Commonwealth,there is a community college near you, too!  In fact, there are fifteen community colleges in twenty-four locations around the state.  Just click on the map below to find the one nearest you.

Thanks, and welcome to the movement—toward a new generation of support for America’s community colleges.