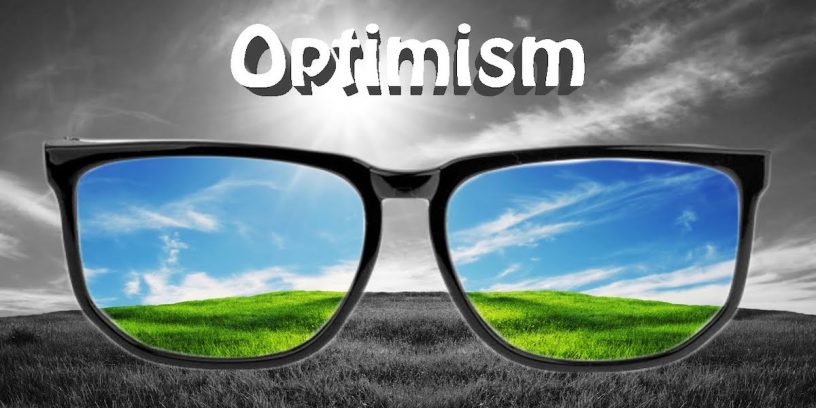 Yesterday was the Winter Solstice.

Depending on your view of things that means it was either the shortest day or the longest night of the year.

The reality, of course, is that it was both.

At the end of what may seem like one of the angriest, most divided and combative years in modern American history, if you want to look for the struggles and problems around us, you’ll find them easily enough.  The night, it would seem, is far from over.

If you choose, instead or in addition to that dark soul gazing, to seek out strengths, virtues, accomplishments large and small, and acts of simple human kindness, I assure you, they are all around us as well.

So on this weekend of Winter Solstice, with only a week or so remaining in 2019, should you be pessimistic or optimistic about the state of the world and our future?

Many studies have shown that a positive outlook is the most important predictor of resilience.  Optimists bounce back faster.

For athletes (and others) focusing on strengths and what you do well leads to faster improvement than hammering away on mistakes.

Businesses and other organizations with cultures that are more positive and appreciative are also more successful and lasting.

Despite the horrors of the concentration camp and the loss of every family member and friend he had ever known, Frankl discovered that life never ceases to have meaning, even in suffering and death.  In fact, he determined, “love is the highest goal to which man can aspire,” and even a man who seemingly has nothing left in the world may still experience bliss, and hope for the future, simply contemplating what he loves.

None of this is to suggest that problems don’t exist, that genuine evil or misdeeds should not be recognized and fought against, or that 2019, on balance, may not have seemed worse than other years we may have forgotten.

If you are looking for some tools and resources to help you in your optimistic quest, here are a few you may find particularly useful and inspiring:

Finally, for several years I was involved with Optimist International, a worldwide volunteer organization that serves children and communities, and promotes optimism as a way of life.

I was the president of the Auburn Hills, Michigan chapter of Optimist International for a while.  Each Thursday morning at 7:30 a.m. we would meet at our local Boys and Girls Club, say the Pledge of Allegiance, have breakfast, listen to a speaker, and plan our activities for the week.

On this weekend of Winter Solstice, at the end of this particular year, it is what I am promising myself—and what I hope for you, and all of us, too.