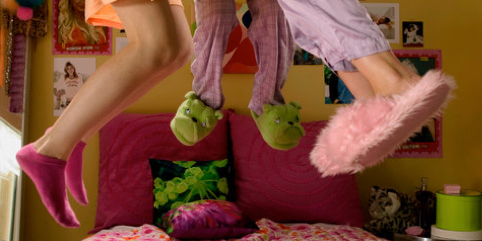 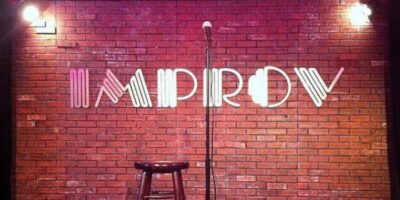 Well, “Big Sis T” and “Little Sis Z” are much older now.  T has graduated from college and is living in Boston’s North End, making and teaching music, and Z is about to complete high school and her associate degree at NECC and head off to study business at a soon-to-be-decided university.

Today, Little Sis Z turns 18, which got this proud (and a little wistful) Dad thinking back over all the birthdays and birthday parties before this one, and recalling this story I wrote back in 2014 about the evolution of sleepovers and young daughters.

If you have kids (or were a kid once yourself), then you probably know something about a favorite activity of children everywhere: the sleepover.

Thanks to pact made between Big Sis T and Little Sis Z a while back (Little Sis gave up an extra ticket to a Hunter Hayes concert in exchange for Big Sis helping out with a sleepover party for Little Sis and her friends), we’re a little bleary-eyed heading into Monday morning, after hosting a dozen or so rambunctious little girls for a night of pizza, karaoke, sticky snacks, loud movies, and very little “sleep.”

We get around to a couple of these each year, and now that Little Sis is nine and Big Sis is thirteen, I’ve recognized a few distinct “stages” of these events:

Let’s be honest:  This is the only one that can fairly be called a “sleepover,” because at this age, at some point in the night, most kids will actually fall asleep.  The occasion is probably somebody’s birthday party.  Six or eight kids, half of them still uncertain and clinging tightly to mom or dad, arrive around 6 o’clock with a birthday present, sleeping bag, pillow, and a suitcase carrying footie pajamas, a toothbrush, and two or three favorite stuffed animals.

For “The Sleepover,” little kids eat pizza, drink apple juice and chocolate milk, play games with balls, balloons, and shadow puppets, fall asleep watching a Disney movie, and go home the next morning with Scooby Doo goody bags (except the two who got homesick and had to get picked up just before midnight).

With a few “Sleepovers” under their belts, 8-10-year-olds know what to expect—and how to stay up later.  “The Carnival” may be a birthday party, or a celebration of the closest holiday (Halloween, Valentine’s Day, the Fourth of July—whatever).

Ten or more kids get dropped off by mom or dad just outside the front door, sometime between 5-6 o’clock (on their way to a well-earned happy hour); still with sleeping bags, pillow, and a suitcase that now carries flannel PJ’s, a toothbrush, one stuffed animal, and one electronic gadget (probably a Nintendo DS, a Kindle, or an iTouch).

At “The Carnival,” bigger kids eat pizza, drink root beer and orange soda, sing karaoke songs (a mish-mash of Sesame Street favorites and Top 40 tunes picked up from dad, mom, and older siblings), do lots of crafts (cookie decorating, tie-dye shirts, and friendship bracelets are perennial favorites), stay up well past midnight watching Sponge Bob Square Pants and Dog with a Blog, and get picked up the next morning after a pancake breakfast, just in time for soccer practice.

It’s halfway through middle school, and kids (especially girls) have a lot to talk about.  “The All-Nighter” might be a birthday party or holiday of some kind, but it’s probably just a random Friday night.  At least a dozen kids show up sometime before it gets dark, most of them dropped off in the driveway.  They may be carrying a blanket and pillow, or maybe not, and they probably each have a backpack, duffel bag, or reusable grocery sack with an oversized t-shirt, a toothbrush, and at least two electronic gizmos (probably a smart phone and an iPad).

At “The All-Nighter” tween girls eat pizza, drink lemonade and ginger ale, sing karaoke (hint: keep an ear open for the “family friendly” version of their favorite songs), do each other’s hair and nails, play games like “Two Truths and a Lie,” stay up all night talking and watching Hairspray and The Princess Diaries, and in the morning, after a quick bowl of Rice Krispies, dash off to the next kid’s house.

This one is a bit new at our place, but already taking on a shape of its own.  As advertised, no one (no parents anyway) knew “The Surprise Party” was happening in advance.  Somehow, some number of kids (could be between two and twelve depending on the occasion) end up still at your house at or after dinnertime, following a birthday party (could even be yours), trip to the beach, or “study group” meeting.  No one brings a pillow or blanket, because they are not even going to pretend that any sleep will happen that night.  They may or may not have a change of clothes, a toothbrush, an iPhone, and a retainer at the bottom of a big purse.  You can’t tell, since they all went straight upstairs for some “important conversation.”

At some point during “The Surprise Party” someone must have ordered pizzas, because the delivery guy rings the bell just after 9 o’clock.  The girls ask for flavored water and Diet Coke and go back to their summit meeting on the second floor.  Later, when every sensible person over 40 is soundly asleep, they watch some movie based on an end-of-the-world romance book they read a couple years ago (like Twilight or The Hunger Games).  A few of them are gone before breakfast, and the rest might be moving in.

Then, while cleaning up the next morning, you discover a worn, well-squeezed, somewhat dirty and tattered stuffed monkey with “Toby” written in faded marker on his back, wedged in a sofa cushion, and you know that they are still the same girls.

A little taller, maybe a little moodier, and not remotely interested in Scooby Doo goody bags; but still toting Toby to sleepovers…

Whoever “Toby” is at your house, be sure to give him a big hug today.