It’s Been a Timely Week at Northern Essex Community College… 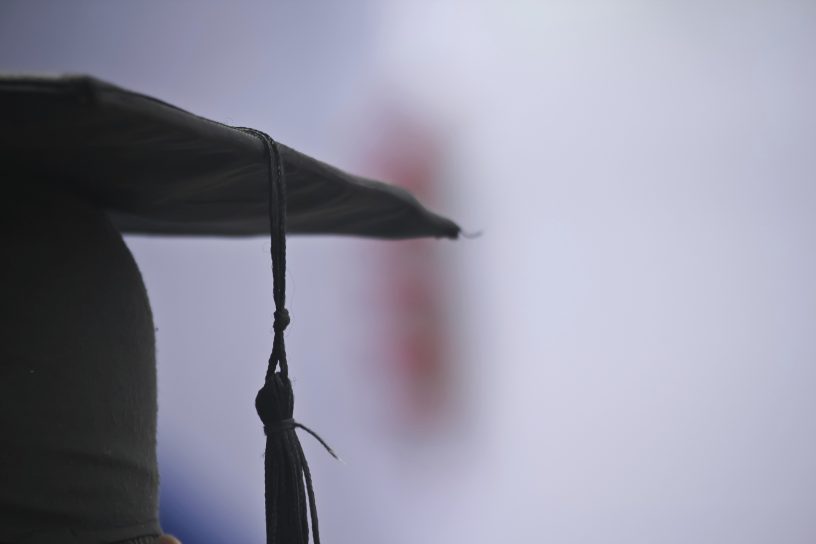 It’s been a Timely week at Northern Essex Community College.

Sometimes an idea makes its way into popular opinion with very little evidence to support it—or even plenty of evidence to show it isn’t true—and it still takes a generation or more to shake it loose.

Don’t swim for at least thirty minutes after eating.

There is a grain of science behind this one:  As you are eating, and for a while afterward, your body pumps extra blood into your digestive tract to aid in digestion.  However, the amount “taken” from other parts of your body is not, as popular myth used to suggest, enough to prevent your arms and legs from pumping properly and keeping your head above the water.

Be sure to get yourself a “base tan” before going on vacation.

A number of scientific studies have proven conclusively that getting a “base tan,” especially in a tanning bed, does not prevent sunburns.  In fact, any change in skin color from tanning is a sign of ultra violet radiation skin damage, and can lead to premature skin aging and cancer.

Andrew Wakefield published a fraudulent article in The Lancet, a medical journal, in 1998 that created panic for parents around the world.  Multiple studies conducted by the Centers for Disease Control and Prevention, the American Academy of Pediatrics, the UK National Health Service, and other major, reputable medical organizations clearly demonstrated the claims were untrue.  The article was eventually retracted, and Wakefield was found guilty of serious professional misconduct and barred from practicing medicine.  Yet nearly two decades later, concern about the safety of vaccines lingers.

If any of these surprised you, then you may also be interested to know that:

The Great Wall of China is not really visible from outer space.

At 5’-7”, Napolean was actually taller than the average Frenchman of his time.

George Washington did not have wooden teeth.

Most college graduates in America are not unemployed and saddled with outrageous student loan debt.

Clearly, some of these myths and misconceptions are harmless.  You can go on waiting a while after eating your sandwich before jumping in the pool; and you can hang onto the notion that General Washington crossed the Delaware with a mouthful of dentures made from the scrap wood of his rowboat and still lead a (relatively) normal life.

But others have consequences.

Skin cancer is the most common form of cancer in the United States, with 3.5 million cases diagnosed each year.

Measles had been eliminated in Great Britain, but during the Wakefield scare vaccination rates for children in some parts of England and Wales fell below fifty percent. Fifteen years later, a measles epidemic swept through Britain, with thousands of new cases diagnosed—mostly in children aged 10-18 who had not been vaccinated.

And if you scan the screaming headlines and tell your kids to skip college because it’s just not worth it, you are probably setting them up for a lifetime of difficulties.

It’s true:  Despite climbing costs and a sometimes unpredictable job market, a college degree is still the surest path toward a stable middle-class life in America.  Without one, you are more likely to be unemployed or underemployed, changing jobs frequently, without benefits such as paid vacation and sick time, dissatisfied with the work you are doing, and perhaps living in, or near, poverty.

But that’s not the way many Americans see it.

Just last week, I was talking about economic development strategies with a long-serving mayor of a Central Massachusetts city (not in the Merrimack Valley), and when our conversation turned to workforce education and training, he confidently declared that, “The problem is too many kids are going off to college and getting degrees in History and Philosophy—useless subjects.  Then they’re unemployed and we have to support them.  We don’t need everybody to go college.  We need more electricians, welders, and machinists.  And when people do go to college, they should study things that matter and will get them a job.”

I appreciated his candor—it’s always helpful to know just where someone is coming from—but winced at just how far off base he was, and at what that might mean for his community.

Yes, we do need workers in skilled trades and manufacturing, which is why NECC and community colleges across the country have been creating or expanding partnerships with vocational-technical high schools and employers in need of that kind of skilled labor.

But that’s only one piece of the puzzle, and there are still more jobs available for those with more education.

Unfortunately, that mayor is far from alone in carrying around his particular “mental model” of higher education in America today.

Quoctrung Bui, Graphics Editor for the New York Times, recently tried an experiment:  Working with Google Consumer Surveys, he asked Americans, “What would you guess is the current unemployment rate for four-year college graduates between the ages of 25 and 34?”

The most common responses, shockingly but perhaps not surprisingly, were between 20-30 percent—way too high.

The real unemployment rate for those with a college education?

Which is not unusual.  As Bui noted in the report on his experiment, “Since 2000, young college graduates, on average, have an unemployment rate that is 5.5 percentage points lower than those of nongraduates. And this gap typically widens during recessions; it expanded to 10 percentage points at the depths of the Great Recession.”

So, through good economies and bad ones, you are still better off with a college degree.

If you would like to read more about the reasons why in great depth, I suggest taking a look at The Rising Cost of Not Going to College, a 2014 report from the Pew Research Center; Are Recent College Graduates Finding Good Jobs?, a 2014 study by the New York Federal Reserve Bank; and Underemployment in the Early Careers of College Graduates Following the Great Recession , a 2015 update to Fed’s previous study.

Or if you’re just interested in the highlights, here you go:

From The Rising Cost of Not Going to College:

For those more visually oriented, this table from the U.S. Department of Labor nicely sums up how more education leads to higher earnings and greater chances for employment:

So, what should an aspiring college student (and his or her family) make of all this?

At the risk of oversimplifying, here is some straightforward advice:

And that mayor who thought most people shouldn’t go to college, or should only major in STEM fields and healthcare?  He has a degree in Criminal Justice, the field that the New York Federal Reserve determined is most likely to be “underemployed” out of all college majors (slightly nudging out “Performing Arts” and “Leisure and Hospitality”).

He has done very well for himself—and so can you.

Some people view time as a tool and a commitment.  By sorting life into minutes, hours, days, weeks, and years, the world around us makes sense, we get things done, and we’re never late for dinner.  You can easily tell who we are.  We usually arrive at appointments a few minutes early, and many of us still wear a watch.

Others view time as more of a curiosity and a nuisance.  Those minutes, hours, days, weeks, and years are flowing past, and once in a while they will dip their toe in the stream.  They are perpetually running behind or late, and have never owned a watch.

When it comes to her particular mental model of time, Big Sis T has been what you might generously call “flexible.”

Until recently, she liked to think she could wake up at 7:00 and be at school (dressed, fed, and lunch packed) by 7:20.  She would estimate her evening homework as “about an hour’s worth” of reading and writing—then find herself still scribbling notes in the margins long after the rest of the house was asleep.  And I would usually find out about one of her friend’s birthday parties an hour or so before it began, when T asked for a ride to the event (and, by the way, could we stop at the store and pick up a present?)

Day planners or electronic calendars?  Only for the time-obsessed, or the aging and slightly daft (like her Dad).

I give Big Sis a lot of credit for the past few months.  She took on her first “real” job at Dunkin’ Donuts, pouring coffee, running the drive-through cash register, and mopping floors (I reassured her that everyone should work fast food at least once in their lives).  She also took weekly shifts at the YWCA day care, taught and took music lessons, played a few gigs, and completed an online Philosophy course that started the last week of her sophomore year.  No rest for the weary!

But there were some pretty big early bumps along the way.

After forgetting which job she was supposed to be going to a couple of times, missing out on some planned vacation days, and cramming a lot of reading into fifteen minute breaks between pouring lattes and making Munchkins, Big Sis T finally declared she was ready to learn about Time Management (ugh!)

Thankfully, the tools she needed were right there at her fingertips.  Actually, they were on her iPhone, which is more or less an extension of her fingertips.

So in early July we sat down and loaded into her electronic calendar all of the things that could be loaded in—work schedules, music lessons, vacation days, due dates for papers, birthday parties, and more, complete with politely chiming reminders to keep her on track.

Within a few days, she had become used to actually listening to those reminders, and checking her calendar before committing to something new.  She was on time for all of her jobs, and a little ahead of schedule (or so she said anyway) in her online class.  The whole house breathed a little easier.

Last week, she even grudgingly admitted that planning ahead wasn’t just for overachieving Type A personalities.  High school student musicians can benefit from it, too.

But, she informed me, she would still be sleeping in as long as possible when school starts up again next week.

As you look back on your week, and forward to the one ahead, may you do what you love, invest wisely in your future, and make the best use of your seven days, 168 hours, or 10,080 minutes.