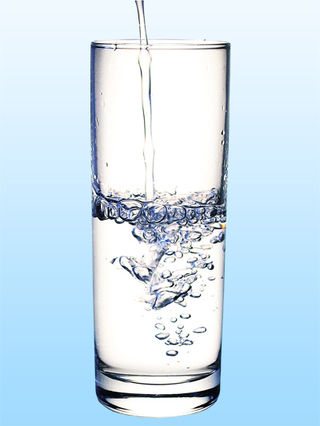 Today is the Winter Solstice.

Depending on your view of things that means it’s either the shortest day or the longest night of the year.

The reality, of course, is that it is both.

We are already seeing the usual roundup of end-of-the-year lists, commemorating or lamenting all that has happened over the past twelve months.

Not surprisingly, many of them are declaring 2016 the worst year ever, citing the Zika virus, terrorist attacks all around the world, police shootings, refugee crises, global warming (or not), the shrinking middle class, the loss of Prince, Mohammed Ali, and David Bowie, and of course, what seemed to most of us to be the most acrimonious national election in our lifetimes, with a surprise ending that has much of the country, and the world, wondering just what comes next.

Closer to home, despite a faster growing economy here in the Bay State, budgets for important services like healthcare, public safety and security, and education continue to shrink; and even as a college degree becomes more and more necessary for a meaningful career, the cost of higher education seems to be putting it more and more out of reach for many.

A few weeks ago, in his final show of the season, comedian and cable talk show host John Oliver had had enough, so he cursed and blew up a giant, garishly lit sign of the numbers “2 0 1 6” while a choir belted out a rousing rendition of Beethoven’s “Ode to Joy.”

Indeed, it’s not hard to look back on this year, or any year really, and find plenty to regret, mourn, and seethe about.

And, as bad as it may sometimes seem, it’s also not hard to look back and find plenty to celebrate, uplift, and sooth.

With the announcement of a peace treaty in the 52-year war in Columbia this August, there are now no armed conflicts anywhere in the Western Hemisphere. In fact, the few wars still being fought on the entire globe are concentrated in an area between West Africa and the Middle East, and five out of six people on the planet live in regions free of open warfare.

Despite perceptions and occasional year-to-year blips in big cities, overall crime and violence in the United States has been on a steady and significant decline since the early 1990’s.

For the third year in a row, the average cost of college tuition in America increased less than 3% and for the fifth year in a row student borrowing for college expenses declined.

And while the venom and vitriol of the election just passed is still very fresh in our minds, believe it or not the worst election experience ever may have been way back in 1876, when Rutherford B. Hays faced off against Samuel J. Tilden. Each side brutally assaulted the other, Republicans and Democrats alike were found guilty of considerable voter fraud and suppression, and despite Tilden receiving 250,000 more popular votes, Hays was named president by a special investigatory committee—four long months after the election, in March of 1877.

So today, on Winter Solstice, and with only a week or so remaining in 2016, should you be optimistic or pessimistic about the state of the world and our future?

Many studies have shown that a positive outlook is the most important predictor of resilience. Optimists bounce back faster.

For athletes (and others) focusing on strengths and what you do well leads to faster improvement than hammering away on mistakes.

Businesses and other organizations with cultures that are more positive and appreciative are also more successful and lasting.

Despite the horrors of the concentration camp and the loss of every family member and friend he had ever known, Frankl discovered that life never ceases to have meaning, even in suffering and death. In fact, he determined, “love is the highest goal to which man can aspire,” and even a man who seemingly has nothing left in the world may still experience bliss, and hope for the future, simply contemplating what he loves.

None of this is to suggest that problems don’t exist, that genuine evil or misdeeds should not be recognized and fought against, or that 2016, on balance, may not have seemed worse than other years we may have forgotten.

For several years I was involved with Optimist International, a worldwide volunteer organization that serves children and communities, and promotes optimism as a way of life.

I was the president of the Auburn Hills, Michigan chapter of Optimist International for a while. Each Thursday morning at 7:30 a.m. we would meet at our local Boys and Girls Club, say the Pledge of Allegiance, have breakfast, listen to a speaker, and plan our activities for the week.

On this Winter Solstice, at the end of this particular year, it is what I am promising myself—and what I hope for you, and all of us, too.