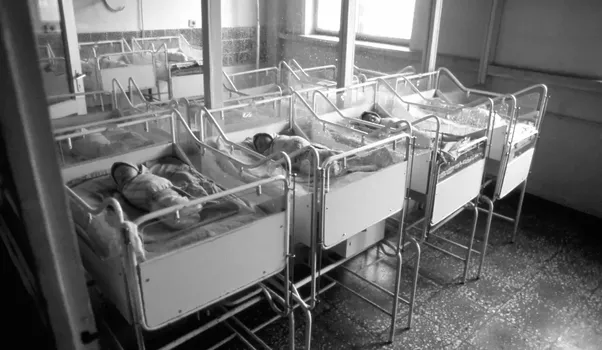 Twenty years ago, a friend of mine in Michigan won the National Storyteller of the Year Award for a touching tale he wrote called “Simon’s Hands.”

It’s a moving story about an elderly man named Simon whose wife dies, leaving him alone in the world for the first time in more than fifty years.  Although terribly sad, he manages for a while, until one day he is in the grocery store and the cashier gives him his change.  As her hand touches his, he realizes it is the first physical human contact he has had in weeks.  After years of occupying the same house, the same car, the same bed with his wife; raising children and hosting family gatherings, he has been cut off from something he had always taken for granted: the touch of another person.

Simon learns about a program at a local hospital that trains volunteers to work in the neonatal intensive care unit with some of the most fragile human beings in healthcare: premature infants. Born weeks too soon and often weighing a pound or less, these tiny babies have skin as thin as paper and lungs and hearts so underdeveloped they must survive the first critical weeks of life in incubators, often on respirators that help them to breathe.

Simon is taught how to gently massage these “premie” babies, a technique that has been shown to help premies gain weight, improve circulation, and begin to thrive on their own.  At first, Simon is terrified that his old, rough hands are going to hurt these fragile little creatures.  But he soon finds that the effects are dramatic—not only on the babies, but on Simon himself.  The gift of touch breathes life into the infants and back into Simon as well.  Through it, he reconnects with humanity.

That story had a tremendous impact on me when I first heard it, and I think about it often.  Premature infants may survive in incubators, but we have learned that they thrive in contact with other people.  Simon may have been surviving the death of his wife and longtime companion, but he only began to thrive again when his life found new meaning.

This is as true for employees at work or students on a college campus as it is for fragile newborns.

The Gallup Organization has surveyed hundreds of thousands of workers in countries around the world, across every sector of public and private industry and arrived at “twelve questions that matter” when it comes to employee engagement.  The whole list can be found in the bestselling book, 12: The Elements of Great Managing.

One of the questions that seems surprising to many people is, “Do I have a best friend at work?”

As Gallup’s Employee Engagement and Wellbeing Practice Manager, Annamarie Mann, explains in “Why We Need Best Friends at Work,” having close relationships at work leads to greater job satisfaction, higher retention, improved performance, and even improved safety and fewer accidents.

On college campuses, we have known for decades that the single greatest predictor of whether a student is going to succeed is not their SAT score or grade point average, but whether they develop strong relationships with a teachers, mentors, coaches, and peers during their first semester.

The National Survey of Student Engagement (NSSE)and the Community College Survey of Student Engagement (CCSSE)each measure how engaged students are on campus, and how effective colleges are at selected “high impact” practices that contribute to making students feel welcome, giving them opportunities to become involved and form relationships, and providing them with both academic and social support systems.

Here at NECC, one of the most important goals in our NECC 2020 Strategic Plan is the Integrated Student Experience, which aims to, “Increase the student sense of belonging and participation in the campus community.”

From infants to students to adults in the workplace, it is true for human beings everywhere: We thrive in family, friendship and community.

As scholars and educators, we also know that the opposite is true.

Isolate workers from each other and restrict their labors to menial physical tasks and dissatisfaction grows while productivity plummets.

Ignore the social and emotional support needs of young adult college students and class attendance and grades suffer until they inevitably give up and drop out.

And leave premature infants alone in incubators, or take babies or children away from caring family members?

In the thirteenth century, Emperor Frederick II wanted to learn what language children would naturally speak if left entirely alone.

To find out, he arranged for a group of orphaned infants to be cared for by nurses who were under strict instruction that they feed the babies, clothe them, and provide for their basic survival needs, but that they not hold them or play with them, and under no circumstances should they ever sing or speak to them.

Alas, Frederick never found out what language the children would speak.  The experiment failed as, one after another, the poor infants died for lack of human affection.

A monk who chronicled the experiment summarized it this way: “He laboured in vain, for the children could not live without clappings of the hands, and gestures, and gladness of countenance, and blandishments.”

Mismanaging employees is unkind and bad for business.

Cruelly separating children from affection is barbarous and sometimes deadly.

We learned this 800 years ago.