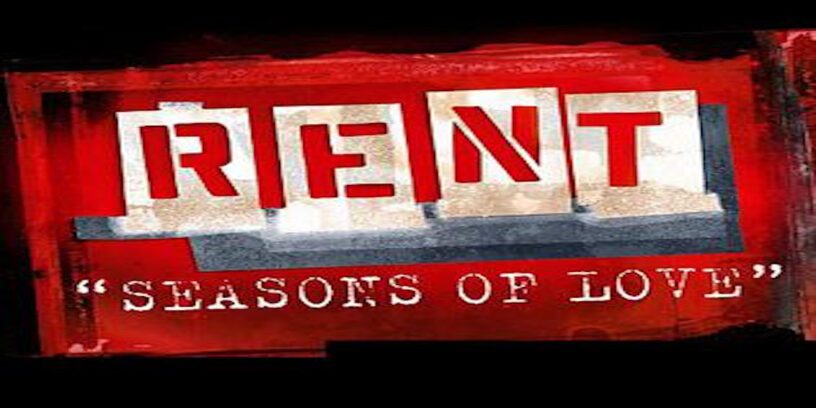 The night before last, I shared a uniquely moving and uplifting pandemic experience with my oldest daughter, Thomasina, a musician now making her way in New York City.

The New York Theatre Workshop was hosting a special livestream anniversary celebration for one of the American theatre’s favorite modern musicals, 25 Years of Rent: Measured in Love.

The story of Rent is one of Broadway’s greatest triumphs and one of its greatest tragedies.

Back in 1996, long before Hamilton burst on the scene with a multi-racial cast playing the nation’s founding fathers to a hip-hop beat; Rent, loosely based on Giacomo Puccini’s 1896 opera La Boheme, told the rock musical story of a group of poor young artists struggling to create and survive in Lower Manhattan’s Alphabet City during the HIV/AIDS epidemic.

In music and lyrics now known to a generation of “Rentheads,” this multicultural cast of vagabonds sings poignantly about the year they spend together, from one Christmas Eve to the next, sharing great joy and tremendous loss, discovering and losing loved ones, struggling with addiction, disease, racism and homophobia, and finding pieces of their shared humanity.

Some well-known stars got their start in the original 1996 Broadway cast, including Idina Menzel, Taye Diggs, Anthony Rapp, and Adam Pascal, who all went on to thriving careers in theatre, television, and film.

Sadly, though, the show’s composer and lyricist, Jonathan Larson, died suddenly of an aortic aneurysm on January 25, 1996, the night before Rent opened Off-Broadway.  He was thirty-six years old.

Four months later, Rent had earned the Tony Award for Best Musical, Larson was posthumously given the Pulitzer Prize for Drama, and the production went on to become one of the longest-running shows on Broadway, finally closing in 2012.

As I sat in a chair in the living room Wednesday night, projecting my computer’s screen to the television while Facetiming with my daughter watching the same livestream from her apartment in Brooklyn, 200 miles away, I couldn’t help but feel how much had changed in the twenty-five years since Rent’s premiere, yet how much was also so heart-breakingly the same.

Personally, I now have a twenty-year-old daughter who wasn’t around in 1996, watching a “livestream” performance with me over technology that didn’t exist then either.

Globally, we have made tremendous progress toward eliminating the disease that is at the center of most of the stories and relationships in Rent: HIV/AIDS.

In the early days of AIDS, back in the late 1980s, life expectancy after diagnosis for HIV-positive people was about ten years, treatment was a complicated regimen of twenty pills a day with side effects that could be as damaging as the disease itself, and nearly 50,000 Americans were dying each year, making it the leading cause of death among those 25-44 years old.

Now, many people who are HIV-positive live into their seventies, taking one pill a day, and about 6,000 people died from AIDS in the United States last year.

Still, many of the struggles of the “Bohemians” in Rent are as real and as difficult in 2021 as they were twenty-five years ago.

Those who are poor, people of color, and members of the LGBTQIA+ community still suffer disproportionately from diseases, economic recessions, natural disasters, and any other calamity that strikes—even in the wealthiest nations on earth.

Culture wars still rage on, and members of these communities all too frequently suffer the consequences in the form of neglect, mistreatment, and outright assault.

In the 1980’s AIDS became known to some as the “Gay Plague,” and violence and homicide against homosexuals spiked in the United States and around the world.  The public health response was slower than it could and should have been because most of the sufferers were gay men.

Today, and for the past year, COVID-19 is scoffed at by the callous and uncaring as the “Wuhan Flu,” and xenophobic slurs and hate crimes against Asian Americans are higher than they have been in decades.  The poor and communities of color are at greater risk of infection and are lagging behind in vaccination efforts.

As much as our common humanity and shared survival urge us to cooperate and care for one another, too often when we don’t understand the challenges we are facing, we seek to blame and make enemies out of the “other,” whoever that may be.

Rent is filled with songs that celebrate friendship and love of all kinds, like “Today 4 You”, “Out Tonight”, “I’ll Cover You”, and “Take Me or Leave Me.”  And it has plenty of numbers that revel in the pop zeitgeist of the ‘90s like “Rent”, “What You Own” and the crowd-pleasing act one closer, “La Vie Bohème.”

But the song that has become the best-known, the anthem that captures the spirit of Rent most faithfully and offers us the greatest hope for today as we look ahead to a post-COVID world is “Seasons of Love.” (If you have three minutes, it’s worth clicking the link to see and hear the 2008 cast sing it for a live audience.)

As the curtain rises on the second act, the entire cast lines up across the stage to face the audience…

They sing about the passing of time, the moments great and small that, together, add up to the 525,600 minutes in a year, to a life, and how that life can best be measured…

In daylights,
In sunsets,
In midnights,
In cups of coffee,
In inches, in miles, in laughter, in strife

In five hundred twenty five thousand six hundred minutes
How do you measure a year in a life?

And of all the ways to gauge purpose, to find meaning, to know whether a life has been well-lived, they ask…

In 1996, the cast of Rent portrayed a community of castaways, ravaged by a frightening disease, but resilient in the face of suffering and loss, supported by each other…

A lot can happen in a year.

It was a year ago this week that the United States announced its first coronavirus death, a Washington State man in his 50s.  A mere 525,600 minutes later, over half a million more deaths have followed.

So much of life over the past year has seemed to be steeped in disease and disagreement, but it does not have to be.

There is light at the end of this terrible tunnel we have been traveling through, though we aren’t there yet.  In the weeks and months ahead, we still need to accomplish the largest public health vaccination effort in human history, reopen schools and businesses, and somehow ensure that the most vulnerable among us, who too often are left behind, are right there on the stage next to us, singing together.

It will take understanding.

It will take compassion.

And, yes, it will take love.