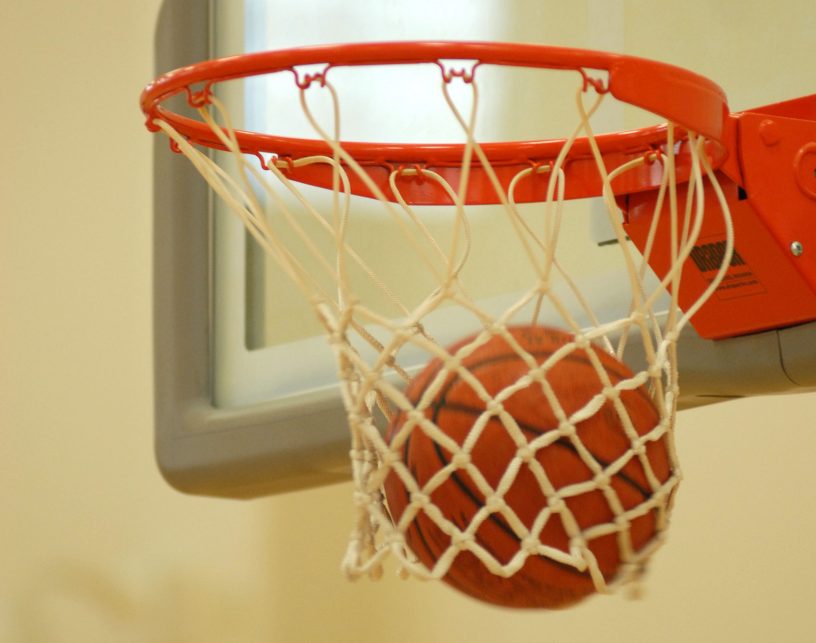 It’s Been a Diplomatic Week at Northern Essex Community College…

While politics and policy in the Bay State often revolve around Boston, that shining City on a Hill, there are 312 towns and 39 cities, spread across 14 counties in Massachusetts, all contributing in one way or another to our collective Commonwealth.

Because of their location, size, and strategic importance, 26 of those communities have come to be known as “Gateway Cities.”

A “Gateway City” is a mid-sized urban center that serves as an anchor for a region’s economy.  Many of these communities were once industrial powerhouses, and they may still have some important assets like rivers, ports, and mill buildings; but in a knowledge and high-tech economy, most are facing significant social and economic challenges.

In our part of the world, Haverhill, Lawrence, and Methuen join farther flung communities like Brockton, Fall River, Holyoke, and Springfield as Gateway Cities—all striving to build on their industrial assets, improve educational attainment, attract new businesses, and shine again.

The Caucus recognizes the importance of K-12 and higher education in Gateway Cities as avenues for better workforce and economic development; and we were there to share some success stories and offer suggestions for how community colleges—particularly with more resources and the right policy levers—can better serve these communities in the future.

Some of the highlights we shared with the caucus include:

Our big pitch, though, was for more resources for an effort that has demonstrated tremendous potential:  dual enrollment and early college programs.

A student who is “dual enrolled” is attending high school and taking normal high school classes, and in addition is taking one or more classes, either on the high school campus or at a local community college, that is also earning them college credit.

A student participating in an “early college” program is probably taking several classes, perhaps beginning as early as their sophomore year, that are earning them both high school and college credit.

Through dual enrollment and early college programs, students are able to better prepare for college academically, save a tremendous amount toward the cost of a college education, and potentially complete a degree sooner.

As a bonus, considerable research has shown that dual enrollment and early college programs benefit not just advanced students who already on track toward college, but the majority of students—and especially those who may be “average” performers and just need some more focused attention, and greater expectations.

Students who participate in these programs are less likely to need developmental or “remedial” classes, more likely to go to college, and more likely to complete their degrees when they get there.

There is a cost associated with these programs.  Usually, community colleges and their local high schools contribute in-kind expenses like space, materials, and even instructors and support staff, allowing the actual tuition and fee expenses to be reduced.  Nonetheless, school districts and families typically have to share in the overall cost of the experience.

Fortunately, NECC has had a State House champion for dual enrollment in Senator Katy O’Connor Ives, who has worked with her colleagues in the legislature to secure additional funding for our efforts at area high schools for the past couple of years.

And this year the legislature provided $750,000 in the state budget for dual enrollment activities across the Commonwealth.

But a deep and widespread impact on the Gateway Cities, where collectively the largest number of students who would benefit from these programs live and go to school, would require a budget at least three or four times that size, coupled with a sustainable, long-term commitment to making it work.

It may be a long shot in another budget year that is already shaping up to be just as challenging as the last decade or so, but you miss 100% of the shots you don’t take, right?

And our Gateway Cities deserve the best game we have to offer.

I enjoy the Patriots on Sunday as much as the next New Englander; and a cold beer, a hot dog, and a couple of Fenway dugout seats with my baseball buddy, Al, is a great way to spend a summer afternoon.  But for pure sports joy, give me hometown youth recreation athletics any day.

When you’re eleven years old, like Little Sis Z, and playing on your local youth basketball and soccer teams, it’s all about learning the sport, encouraging each other, keeping fit, and having fun.

There’s no grandstanding in the end zone, no lengthy commercial breaks, and no (OK, very few) noisy and obnoxious fans in the bleachers.

For that matter, there’s not even a whole lot of strategy involved—yet.  The kids are still learning rules and fundamentals.  The “thrill of victory” means someone (anyone) completing a pass or scoring a goal, and the “agony of defeat” usually involves a skinned elbow or a bruised shin, followed by lots of supportive clapping (and ice cream sundaes at Friendly’s).

For the last couple of seasons, Little Sis Z has played on a basketball team in our “town league.”  A notch below the caliber of the “travel league,” which practices a bit more and roams around the county playing other travel teams, her “town league” team plays rotating matches against three other local teams.

Officially, the teams are each known by their colors.  There is the Red Team, the Blue Team, the Orange Team, and the Green Team.  Unofficially, they go by more entertaining nicknames, provided by the ten- and eleven-year-old players, like the Red Rovers, the Fighting Blueberries, the Orange Crush, and Zoë’s crew, the Green Monsters (not sure if that is a reference to Oscar the Grouch from Sesame Street, or the left field wall at Fenway Park, but either way, it’s meant to inspire the appropriate respect—and chuckles—from opposing teams).

At this age, four eight minute quarters of basketball usually amount to a lot of scurrying up and down the court, dozens of turnovers and missed baskets, a few minor injuries and substitutions, and a final score somewhere in the range of 15-12 (if a pint-sized point guard manages to sink a free throw).

Referees serve as on-court assistant coaches, providing more encouragement and correction than actual whistle blows and penalty calls, though flagrant traveling or an intentional elbow to the chin will still lose your team possession of the ball (and maybe earn a few scattered groans from parents in the stands).

The Green Monsters are more than halfway through their season.  So far, they are undefeated in town play, though they got plastered 31-7 in an exhibition game with a local private school travel team last week.

There are a lot of rules and techniques for players to remember, and at eleven, it’s pretty impressive if you can hone two or three of them at once.

A few games back, Little Sis Z was dribbling in a big crowd of opponents deep inside the paint.  She couldn’t get a clear, straight shot at the hoop through all the arms and hands flailing around her, so she instinctually took the ball in her left hand, farthest from the other players, and tossed a perfect, gentle, arcing hook shot—nothing but net.

Later in that same game, she was covering an opponent who had already scored four baskets (an astonishing feat for under 12 town league players).  Her target was a couple inches taller, and quite a bit faster, but Little Sis managed to get her pinned near a corner facing away from her teammates, with the ball held loosely between her hands while she looked frantically for an opportunity to pass.

Suddenly, Little Sis reached around and just swatted the ball out from between her hands.  Little Sis, her opponent, and all of the girls on both teams just watched for a couple of seconds as the ball bounced a few times, then started rolling toward the other end of the court.  The move seemed to surprise everyone, including Little Sis, and at first no one seemed to know just what to do.

Then, there was a mad scramble for the ball, one of the little Green Monsters came up with it, and drove it in for a two-point lay-up.

Well, since that game Little Sis has specialized in hook shots and loose balls.  Any time an opponent stops dribbling and looks for a pass, there’s Little Sis, ready to reach in and knock that ball free.  She hasn’t quite figured out a strategy for what comes next yet—hopeful, I suppose, that another Green Monster will start specializing in snagging free-rolling balls and pointing them toward the right end of the court—but she has found a defensive maneuver that works for her.

And she takes hook shots every chance she gets.  Deep in a waving crowd underneath the net?  Hook shot.  Stuck in a corner outside the three point line?  Hook shot.  Surrounded by opponents at half court with your point guard free down by the basket?  Hook pass!

Of course, she still misses most of those shots, and the coach (abetted occasionally by Dad on the sidelines) has been encouraging her to expand her repertoire a bit and include layups and the occasional jump shot.  After all, impressive as that first no-look, left-handed hook shot was, repeating it is like trying to capture lightning in a bottle, right?

Then came Little Sis Z’s moment on Saturday.  The Green Monsters were comfortably ahead of the Fighting Blueberries in the final quarter of the game, so there wasn’t a lot riding on the last minute or so of play, but it’s still about learning the game, keeping fit and having fun, right?

Little Sis pulled her now-classic defensive maneuver, cornering her opponent in the shadow of her backboard and knocking the ball free; but this time Little Sis moved quickly and recovered the ball herself.  None of the players on either team seemed to expect this, and before any of them realized what was happening, Little Sis was all by herself, half a court ahead of the Blueberries and driving toward the Green Monster hoop for what looked like an easy lay-up.

I joined the Green Team faithful in the stands shouting an encouraging, “Go, Z!” when suddenly, she stopped at the free throw line, turned sideways, shifted the ball to her left hand, and lined up for—yep, you guessed it—a hook shot.

Now, there’s a bit more to this particular story.  For Christmas this year, Santa delivered a driveway basketball goal (complete with four-hundred pounds of sand) for Little Sis Z; and before the snow and ice arrived, we managed to get in several games of “HORSE.”  It’s like a basketball version of Hangman.  Each time your opponent makes a tricky shot that you don’t, you earn a letter, and the first one to spell H-O-R-S-E loses.

I was always more of a runner and racket sport guy, and never quite honed my basketball skills (and I’m an accommodating Dad), so Little Sis and I were about neck-and-neck in driveway HORSE games—with her leading by a hook shot or two.

So, there she was standing alone on the free throw line with just seconds left in the game, and five Fighting Blueberries and four Green Monsters charging in her direction.  Her arm dipped, then arced, the ball sailed up and toward the goal, and then…

Well, let’s just say the Green Monsters remain (nearly) undefeated, Little Sis may never have to learn a lay-up, and youth rec basketball is about the most fun you can have indoors on a Saturday morning in January.

As you look back on your week, and forward to the one ahead, may you find a new skill, take your best shot, and celebrate like a Green Monster.

It’s Been a Diplomatic Week at Northern Essex Community College…