It’s Been a Competent Week at Northern Essex Community College… 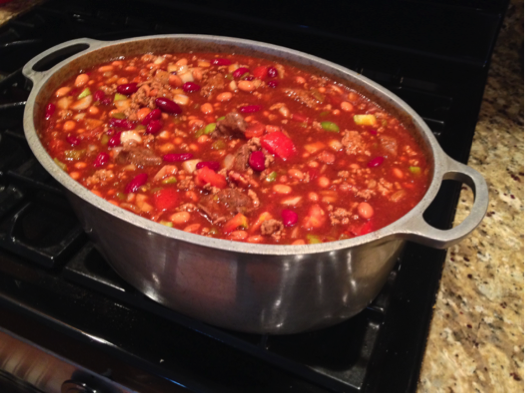 It’s been a Competent week at Northern Essex Community College.

What is a “credit hour”?

Whether you actually know much about the history of the American “credit hour” or not, if you went with the safe choice here, “D,” then you are correct—but just barely.

Prior to the twentieth century, high schools and colleges around the country made up their own rules for what, when, and how classes would be taught. As a result, it was difficult to determine whether a diploma from a high school in rural Indiana or downtown Philadelphia should earn you a place in the freshman class of a college somewhere in Cambridge. And if you chose to leave Cambridge and transfer to a university in New Haven or Schenectady, what, exactly, were you bringing with you?

Charles Eliot, the 40-year president of Harvard University in the late 19th century, first proposed a system of contact hours for secondary (high school) education, and credit hours for post-secondary (college) education, as a way of bringing some kind of standardization to schools everywhere.

It worked like this: For high schools, a contact hour was equal to 120 hours of class time with a teacher over the course of an academic year (roughly 50 minutes a day for five days a week over 30 weeks, not counting holidays and vacations).

At colleges and universities, a credit hour was equal to 12 hours of class time during a semester (about 50 minutes one day a week for 15 weeks). So, your typical “3 credit” college course would meet for nearly three hours a week all semester long.

The National Education Association endorsed Eliot’s model for the contact/credit hour system (the “log of time spent in the classroom”) back in 1894.

Then, in 1906, the Andrew Carnegie established the Carnegie Foundation, and gave $10 million to provide retirement pensions for college teachers. Somehow, the Foundation needed to identify who qualified as a “college teacher” and should therefore be eligible for a pension. They developed a few criteria for what constituted colleges and college professors, and included a requirement that such institutions only admit students who had four years of high school preparation, documented by Eliot’s contact hour system.

Thus, “a system for awarding retirement benefits to professors” was born, and for most of the last century, wherever you attended school, you have needed 22 credits or more to graduate from high school, 60 credits for a community college associate’s degree, and 120 credits for a university bachelor’s degree.

But even though all that time spent in a classroom has assumedly been time spent learning something, it is only recently that a “credit hour” has actually become linked with “proof of knowledge or skills.”

In fact, back at the turn of the twentieth century, the Carnegie Foundation insisted that when counting credit hours, “the fundamental criterion was the amount of time spent on a subject, not the results attained.”

But the times they are a-changing.

Last year, Southern New Hampshire University made big waves in the higher education world when they announced the creation of “College for America,” a nonprofit subsidiary of SNHU that would offer students the opportunity to pay $1,250 per semester to study and take assessment tests in a variety of subjects. No traditional classrooms or teachers, just a self-paced set of online resources.

The idea was that students anywhere in the world could complete an associate’s degree in General Studies in four semesters (two years) or less, for $5,000.

Or, if you’re really motivated, you could save even more time and money. College for America’s first graduate was Zach Sherman, a 21-year-old sanitation worker in Ohio, who earned a self-paced associate degree less than 100 days after he enrolled in the online program.

College for America’s model is called “Competency Based Education” (CBE) and it may be a game changer.

To help educators, policy-makers, funders, and employers better understand what all this means, the New England Board of Higher Education brought together an all-star cast of speakers and panelists for a conference down at the Federal Reserve Bank of Boston last Monday.

The president of SNHU, Paul LeBlanc, described the early successes of College for America; Carol Geary Schneider, President of the Association of American Colleges and Universities, addressed “What CBE means for Liberal Education and Authentic Assessment;” and several professors, researchers, foundation directors, and human resource executives discussed how CBE might revolutionize education and the development of tomorrow’s workforce.

Like a lot of possible fads, reforms, or “next big things,” it’s helpful to tune out the extremists at both ends—those who claim the new idea will completely take over teaching and learning, and those who say it’s doomed from the start—and listen carefully to the moderate middle.

With that in mind, here are a few takeaways from this week’s gathering:

As Pam Tate, Executive Director of the Council for Adult and Experiential Learning (CAEL) noted, various forms of Competency Based Education have been around for at least 40 years.

Remember correspondence courses? I took one in high school to get through a history class faster, and another in college because I was interested in a literature class that wasn’t offered on campus.

Back then, we actually hand wrote essays on lined paper, folded them up, put them in an envelope, licked a stamp, and mailed them to a professor someplace far away, and waited a couple weeks to receive feedback and grades.

For years, besides correspondence courses, colleges have extended credit for previous experience for military veterans or for specialists in particular fields, and offered “challenge exams” or College Level Examination Program (CLEP) tests in dozens of subjects.

NECC offers a number of “Credit for Life Learning” options for students interested in accelerating their studies.

Do you have a Netflix membership? An Apple ID? Are you signed up for any automatic purchases through Amazon.com? Does your Norton anti-virus software renew itself each year?

Congratulations—you’re part of the “subscription economy,” and you might be a good candidate for a Competency Based Education degree.

One of the big draws of CBE providers like College for America is convenience: the opportunity to participate in your education whenever, however, and as much as you want to—and to pay a flat fee for it.

But with the rising cost of college on everyone’s mind, and only about half of the people attending “traditional” colleges ever completing degrees, the Competency Based Education model may be a way to get more people into, and successfully through, a college education.

Until recently, accrediting agencies like the New England Association of Schools and Colleges (NEASC) would only recognize colleges that awarded degrees based on the old “Carnegie Units” of counting hours in the classroom; and the United States Department of Education (DOE) would only extend financial aid to students studying in “traditional” college programs that awarded credits the same way.

Earlier this year, though, NEASC gave the green light to two new bachelor’s degrees in Health Care Management and Communications at College for America, and the DOE is expanding a program that gives colleges a chance to serve as “experimental sites” for allowing students access to Pell grants and loans toward competency based degrees.

Even if CBE isn’t ready to completely take over the higher education landscape, it may well be a very helpful alternative for the right student at the right time and the right place.

More to come, so stay tuned…

My mother used to say that I learned how to cook in self-defense.

Don’t get me wrong. The meals I grew up on weren’t actually deadly. But Mom knew her strengths and competencies, and when it came to household chores, she recognized that she was better at gardening, decorating, cleaning—anything other than cooking.

My sister and I never went hungry, and Mom meant well, but things just didn’t always go as planned.

When I was six years old, Mom tried to teach me to make a grilled cheese sandwich (my favorite lunch). I buttered a couple slices of Wonder bread, unwrapped the Kraft American cheese slice, piled it all in the skillet on the stove, and watched it sizzle.

Mom, meanwhile, had turned away for a moment without telling me that skillets get hot on a stove. I smelled my lunch burning, reached in to flip it over, and scalded my fingertips.

I insisted on cold lunches for a while after that (which I ate left-handed).

For most of my childhood, I remember a lot of Fruit Loops, bologna sandwiches, frozen Banquet fried chicken, and Swanson turkey pot pies.

And then there was Sunday dinner.

Whatever injuries or indignities we may have suffered at mealtime during the rest of the week, we knew we had something to look forward to Sunday evening: Mom’s famous “Meat, Potatoes, and Corn.”

It was all we could ask for in a dinner. It was nutritionally balanced, offering a serving of protein, carbohydrates, and vegetables.

It was flavorful. The rest of the week, salt and pepper were the spiciest things to sprinkle on food. I didn’t discover garlic, oregano, paprika, or curry until years later in college. But in the meantime, Sundays included exotic seasonings like A-1 and Worcestershire sauce!

And there was even some variety. The corn might be microwaved from a bag, simmered out of a can, or boiled on the cob. Potatoes could be baked, mashed, scalloped, or French-fried.

And at the center of it all was a brisket, pork loin, or beef roast that simmered all afternoon in a huge antique, two-handled, hand-me-down, cast iron pot.

The pot once belonged to my grandmother (on my father’s side) who was an accomplished chef. Somehow, through years of concocting savory soups and stews, pastas, casseroles, and all manner of roasted meats, some of her kitchen mojo baked itself into that glorious vessel, and continued to bless our dinner table every Sunday evening.

Earlier this year, after a brave battle against cancer, heart disease, and the ailments of old age that will catch up with all of us eventually, Mom passed away. Although I hadn’t thought about those special Sunday dinners in a while, I realized that I would never sit down to a plate of Mom’s “Meat, Potatoes, and Corn” again.

Then, recently, I celebrated my birthday, and a big box from Texas appeared on my doorstep.

I hauled it into the house, opened it up, and found that old, battered and tarnished iron pot inside, carefully layered in bubble wrap, Styrofoam, and tissue as if it were the Holy Grail (which, to my sister and I, it was).

Taped to the lid was a note from my father that read:

“The last time you visited, your mom said she wanted to give you the family cook pot on your next birthday. I am passing it on to you now. From Grandma and your mom, the cook pot is now yours, and you can make Meat, Potatoes, and Corn for Big Sis and Little Sis.”

Well, Big Sis is a vegetarian, Little Sis (like me) enjoys some flavor in her food, and there was a cool autumn breeze blowing last weekend; so we celebrated the third and fourth generations of cooking in Mom’s pot with a Texas favorite: chili.

But if you’re in the neighborhood next Sunday, stop by for some meat, potatoes, and corn.

As you look back on your week, and forward to the one ahead, may you get credit where credit is due, and savor your family dinner.