Harvard on the Kenoza 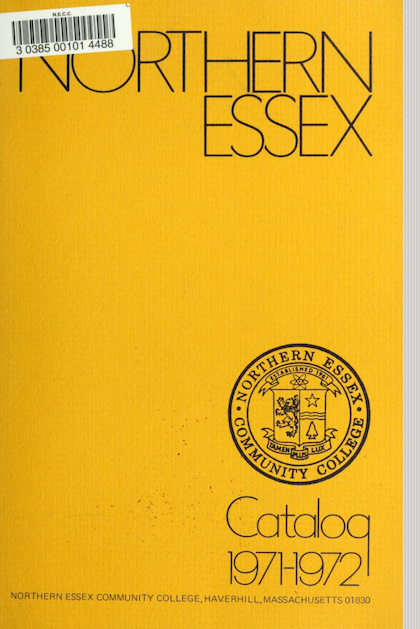 America’s first college was founded in Newetowne (now known as Cambridge) in 1636 when the “Great and General Court of the Governor and Company of the Massachusetts Bay in New England” approved £400 for the establishment of “a schoale or colledge.”

Two years later the “colledge” had its first building: a house on an acre of land on the southern edge of “Cow-yard Row” purchased from Goodman Peyntree, and the beginnings of a library, when John Harvard willed half his estate, which included some 400 books, to the new school.

In recognition of his generosity, the Great and General Court ordered “that the colledge agreed upon formerly to bee built at Cambridg shalbee called Harvard Colledge.”

Notably, nearly 400 years ago, Harvard was a public college, drawing its initial support from the fledgling government of the Massachusetts Bay Colony.

Today, a few centuries (and several political and Puritanical rifts later), Harvard is the best known private university in the world, with a $35 billion endowment, and 1,600 graduates a year from 3,900 courses in 49 undergraduate fields of study ranging from Anthropology to Molecular Biology to Women, Gender, and Sexuality Studies.

But Harvard’s fortunes were not always so bright. During the 17th and 18th centuries, there were years when no one graduated from Harvard and commencements were cancelled due to war, disease such as a smallpox outbreak, or economic depression.

The history of nearly any college or university, including community colleges like NECC, reflects the constantly changing cultures and economies of the students and communities it serves. If we are doing our jobs responsibly, then our curriculum, degree offerings, services, support, and even student body are always changing and evolving along with the world around us.

A decade later, as NECC moved onto its new 106-acre campus near the banks of Lake Kenoza with over 1,800 students, the “Philosophy of the College” expressed in our academic catalog declared that, “The College believes in developing new programs which will be relevant to the needs and desires of students. Northern Essex believes in the shirt-sleeve approach to education. Learning and living are interlocked at the college, and education is real.”

The college’s 1972 catalog proudly described “future programs” that were in the works shortly after the new campus was built, including some that were actually created and have stood the test of time, like Graphic Arts and Dental Assistant, some that were created, went away for a while, and have returned again like Food Services Management and Medical Laboratory Technician, and others that launched but didn’t last, such as Recreation Leadership, Landscape Technology, and Secretarial Science.

A required science course for many degrees in 1972 was one that would likely draw far more protestors than pupils today: “Man and His Environment.”

There were no performing arts classes or degrees available at NECC in 1972, but there was an active Drama Club whose purpose was to “create plays, talent shows, and social comment scenarios to develop a deeper knowledge and interest in the dramatic arts for members, the College and the community.”

Today at NECC, 110 full-time faculty and hundreds of adjunct faculty teach approximately 6,000 students in more than 70 degree and certificate programs on two sizable campuses, in Haverhill and in Lawrence.

And, true to our original “Philosophy of the College” we continue to develop “programs which will be relevant to the needs and desires of students.”

Over the last few years we have added new degree and certificate options in Advanced Manufacturing, Automotive Technology, and Clinical Research; and we have closed programs in Paralegal Studies and Health Information Technology, as those fields, like Recreation Leadership and Secretarial Science, evolved in new directions and workforce and student interest waned.

Ideally, decisions about closing or launching new programs are made based mostly on those workforce and student needs; though sometimes, as even Harvard has experienced in its history, economic challenges play a part.

After nearly a decade of rapidly increasing enrollments, the number of students at NECC, like nearly every other community college across the state and around the country, has been declining for the past few years, at the same time that costs have been rising and state support has been flat or falling.

The enrollment trend is new but not surprising. It is part of the economic cycle that sees more people returning to school during recessions when jobs are scarce, then leaving school and returning to work when jobs are plentiful; and it is related to simple demographics: there are fewer younger people graduating from high schools right now, a trend that will begin to turn around again in a few years.

Unfortunately, the downward trend in state support is not new.  It is part of a steady decline in public financial support for higher education across the country that began about three decades ago.

Since 1987, the share of revenue coming from state support at most public colleges and universities in America has fallen from around two-thirds or more to a third or less.

Here in northeast Massachusetts, for example, revenue from state support accounted for about 75% of the budget for Northern Essex Community College and the University of Massachusetts-Lowell in 1987. Today, it is about 35% of NECC’s budget and 25% of UML’s, and falling.

In his welcome to students written for the college’s 1990-91 Catalog, NECC President John R. Dimitry noted the decrease in state funding “over the past two years” and lamented that, “As we wrestle with cuts that have decreased our budget by over a million dollars, we’ve had to admit fewer students to our state-funded Day Division, reduce staffing at all levels and decrease spending in many areas.”

Those cuts thirty years ago led to the expansion of NECC’s (and the rest of the state’s community colleges’) Division of Continuing Education, or DCE courses, scheduled in the evenings and on weekends and taught by part-time faculty. DCE classes receive no state support at all, but are less expensive to offer, and the colleges are able to keep all of the tuition and fees associated with them, instead of returning tuition to the state.

And now, three decades and a lot less public support later, we are faced with similar difficult choices.

All students currently enrolled will have the opportunity to complete their studies and graduate, but we will no longer be accepting new students into these programs.

While the Dance and Theater majors will be inactive, we will continue to teach Dance and Theater classes at the college and support the Dance Club and Top Notch Players, as the college has done for most of its history.  Students who are interested in starting at Northern Essex and transferring into a Dance or Theater program at a four-year college or university can pursue an associate degree in General Studies: Individualized Option.

We will continue to support and strengthen, where possible, degree and certificate options in Music and visual arts, and to partner when we can with community groups to ensure NECC students have opportunities both on and off campus in the performing arts.

Through our review we also identified programs that have potential for growth, Business: Hospitality and Culinary Arts, Computer Information Sciences, and Psychology; and as our resources allow, we will be investing in those areas for the future.

Like Harvard before us, NECC began as a public college half a century ago. And, also like the Crimson in Cambridge, a few decades along in our history we are becoming more and more private in the way we are budgeted and the way we must operate with each passing year.

One thing you can be certain of, however, is that through all of the challenges and accomplishments we may experience, NECC remains firmly committed to that “Philosophy of the College” expressed in our earliest days, in that “shirt-sleeve approach to education,” and in constantly “developing new programs which will be relevant to the needs and desires of students” and the communities we serve.