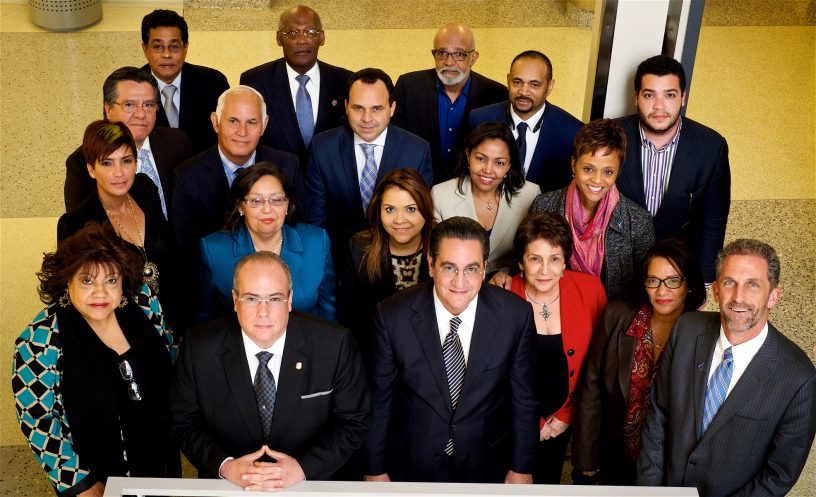 A Bigger Slice of the PIÉS

Some good news:  Massachusetts is still the most educated state in the nation.  More than 41% of adults in the Commonwealth have at least a bachelor’s degree, while nationwide the average is 33%.

Some not so good news:  Unless something changes—soon—Massachusetts will lose that educational competitive edge and slip from the top.

By 2025, about 75% of jobs in the Bay State will require some kind of college education, and at our current rate of degree production, we are likely to fall short by about 60,000 graduates.

Without a doubt, we need to continue to serve the students who are already finding their way from high school or the workforce onto our public college and university campuses—and help them succeed at even higher rates by reducing the need for remediation, making college as affordable as possible, and providing the right academic supports.

And something has to change.

One of the best hopes for producing more college graduates in the Bay State lies in better educating those who have notbeen finding their way onto campus already, including larger numbers of first generation, low-income, immigrant, and minority students.

With this ambition in mind, Dr. Noemi Custodia-Lora, NECC’s Executive Director of Lawrence Campus and Community Relations, has been working with a number of partners across the lower Merrimack Valley and in the Dominican Republic, where a large number of our immigrant students and their families come from, to create Programas Internacionales de Educación Superior Latinos de Northern Essex Community College (PIÉS Latinos de NECC).

Last Monday evening, in front of a full crowd in the lobby of NECC’s El Hefni Allied Health and Technology Center, and on the screens of nearly 1,800 Facebook viewers who watched either live streaming or replayed video from the event, I joined Dr. Custodia-Lora and a number of special guests, including Lawrence Mayor Daniel Rivera; the Rector of the Universidad Autonoma de Santo Domingo (UASD), Ivan Grullon; the Vice Rector for Academic Affairs at the Instituto Técnico Superior Comunitario (ITSC), Marcia Corporan; and Charles Mariotti, Senator for the province of Monte Plata in the Dominican Republic to announce this ambitious and potentially game-changing array of new educational opportunities.

We know there are large numbers of people living in Lawrence, Haverhill, Methuen, and towns across the Merrimack Valley who already have college degrees or some college experience from other countries.  But because their credentials are from foreign, often unaccredited institutions, they are not immediately recognized for employment in the United States.

Agencies like World Education Services can help translate and verify certificates, diplomas, degrees, and other credentials from abroad; but sometimes language barriers, distance, or cost present challenges for local residents.  One of the goals ofPIÉS Latinos de NECC is to make this process simple, affordable, and local.

Recognizing that many people get their start at one college—whether in the U.S., the Dominican Republic, or somewhere else—then move around from place to place following employment or family, PIÉS Latinos de NECC also aims to create partnerships among the colleges and universities these students attend the most, like NECC, UASD, and ITSC, so credits easily transfer along with the student.

And knowing that it is often easiest for students to get started, or to continue their education, with a familiar place or a familiar face, PIÉS Latinos de NECC also intends to create satellite locations for participating colleges in the U.S. and in the Dominican Republic (and eventually, perhaps, in other locations) so students have the support they need to start and complete their education wherever they are.

In addition to being the most educated state in the nation, Massachusetts also has the best public school system, one of the highest per capita incomes, among the lowest poverty rates, attracts the second highest amount of venture capital for new businesses, and, according to Forbes Magazine, has the third highest “quality of life” in the country.

But that bounty is not yet enjoyed equally across our Commonwealth.

It took centuries of immigration—first by the English and the Irish; then the Canadians, the Italians, the Portugese, and the Greeks; followed by the Russians and the Polish to forge, and be forged by, their own American experience, and to build the Bay State through the middle of the 20th century.

The strength of our educational systems, our workforce, and our economy now, and after 2025, will rely on all who came before, and all of the new immigrants who have come after—most recently, the Cubans, Puerto Ricans, and Dominicans—to keep Massachusetts on top, and build the Commonwealth of tomorrow.

Last week was April school vacation week across Massachusetts, and Big Sis T, Little Sis Z, and I enjoyed some time down in New York City, seeing the sights and taking in a couple of shows.

After catching the previews of Sara Bareilles’ new musical Waitress at the ART in Cambridge last fall, we grabbed some seats for its Broadway opening and enjoyed the sometimes silly, sometimes sad story and songs about love, friendship, finding your way, and the art of home-baked pies all over again in the Big Apple.

Then, just a few days before the 400th anniversary of Shakespeare’s death, we saw Something Rotten, a hilarious send-up about The Bard from Stratford-Upon-Avon, cockeyed soothsayers, cross-dressing Puritans, and the biggest (and historically unknown) musical extravaganza of the Renaissance:  Omelette!

As anyone who has ever visited New York City knows, it’s easy to spend a lot of money in no time at all, with a pastrami sandwich at the Carnegie Deli running twenty bucks (without pickles), and tickets for Broadway shows costing as much as a good used car (which you can’t bring to the city anyway, since parking is more expensive than a year at NYU).

But on this trip to the Big Apple, Little Sis Z reminded us that some of the best things in life are still free.

We were strolling along West 45th Street on our way to Times Square when she suddenly dashed into the revolving door of a nearby hotel, ran in circles, giggling hysterically, for a solid minute, then collapsed in a heap on the sidewalk outside.  When the world stopped spinning, she fished her cell phone out of her pocket and started tapping on the screen.

“What in the world are you doing?” I asked her.

“Checking that one off my bucket list,” she replied.

“My bucket list of things I wanted to do in New York City.  You know, like ‘Run around a revolving door until I’m dizzy!”

And see we did.

Over the next couple of days, as she kept careful track on her cell phone “bucket list,” I watched Little Sis Z:

Our hotel was wonderful, the shows superb, and every meal delicious (thank you, Culture Buddy, Ann Grandmaison for the marvelous recommendations!)  And we did our part to contribute to the New York City economy and keep Times Square lit up brightly.

But the next time someone asks me about sightseeing in the City, I’m just going to smile and hand them a copy of Little Sis’ Big Apple Bucket List.

And maybe twenty bucks for a slice of pie.

As you look back on your week, and forward to the one ahead, may you find a new way to tackle an old challenge, share the wealth, check something fun off your bucket list, and enjoy some well-made (Apple) piés!