Governors and Mr. President: An Open Invitation to Lawrence 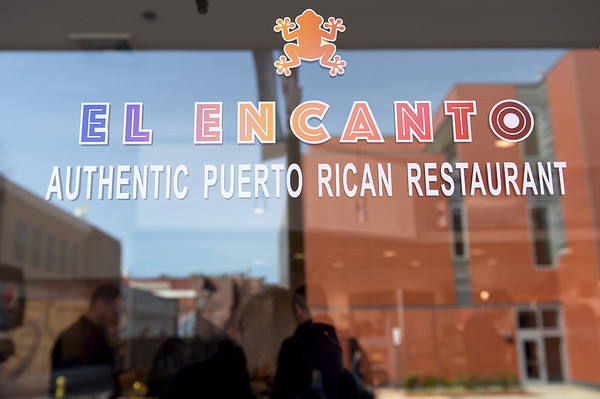 TIM JEAN/Staff photo El Encanto, across from the NECC Lawrence campus is the newest restaurant in the Revolving Test Kitchen in Lawrence. El Encanto will focus on authentic Puerto Rican cuisine something owner Danny Torres said is lacking in the area. 3/1/18

In responding to the opioid addiction crisis that is ravaging the states of Maine and New Hampshire, and the entire nation, each of you has pointed to the city of Lawrence, Massachusetts and criticized it as the source of the problem.

“Eighty-five percent of the fentanyl in this state is coming straight out of Lawrence,” you complained, Governor Sununu, without offering solid evidence for your claim.

Governor LePage, you baldly declared, “The heroin-fentanyl arrests are not white people. They’re Hispanic and they’re black and they’re from Lowell and Lawrence, Massachusetts.”

And getting a bit more specific, if not more constructive, President Trump, yesterday you claimed that, “The sanctuary city of Lawrence, Massachusetts is one of the primary sources of fentanyl in six New Hampshire counties.”

The opioid addiction crisis is a complicated, terrible plague affecting Americans everywhere, at every socioeconomic level.  Opinions and ideas for addressing it vary, and passions run high when so many lives are on the line.

But facts still matter, and falsely vilifying an entire city, an entire culture, or an entire race of people is not going to solve this public health crisis.

Yes, heroin supplies originating in Colombia and traveling through Mexico and New York find their way up I-95 and I-93 into New England, creating a drug trade problem in communities like Boston, Lowell, and Lawrence.

Once the drugs arrive there, unfortunate users from surrounding cities and towns make deals in the parking lots of gas stations and fast food restaurants with quick access to the highway and their suburban and rural homes.

But the law of supply and demand tells us that if we want to stop this scourge, we have to address both the drug dealers and the drug customers.

Without doubt, the Lawrence Police Department is on the job, busting dozens of dealers and confiscating millions of dollars in drugs, weapons, and supplies in the past year alone.

Meanwhile, the customers in those parking lots along the highway would benefit from better controls over prescription medications and more treatment options for their addictions close to home—choices that elected officials and the states they represent can make.

Up in Maine, new laws enacted last year restricting painkiller prescriptions are just now beginning to have an impact and may help reduce drug trafficking in the future; but across the border in New Hampshire, doctors still prescribe opioids at nearly twice the national rate, and the state spends less on addiction treatment than almost every other state in the country.

Governor LePage, Governor Sununu, and President Trump, spending a great deal of time on blame instead of action is not going to get us out of this mess; but if you must blame someone, then blame drug dealers and violent gang members.

Blame the executives of profit-minded insurance companies, who put drugs like morphine in low-cost brackets, cheaper than more expensive but less addictive opioids like buprenorphine.

Blame yourselves, and any elected officials or caretakers of public resources and policy who aren’t doing enough to prevent and treat this national health crisis.

Blame any individual people who may be contributing to this crisis through their actions or inactions.

But do not blame an entire city like Lawrence, where the majority of the residents are honest, hardworking people, seeking to make their way in one of hundreds of post-industrial, revitalizing cities in America.

And certainly, do not blame an entire culture or race of people because of their country of origin or the color of their skin.

For 150 years, Lawrence has been celebrated as the “Immigrant City,” home to generation after generation of Irish, Germans, Italians, Lebanese, Polish, and now Dominicans.  The accents may have changed, but the dreams, the challenges, the perseverance, and the will to succeed and to thrive is as powerful as ever.

If you’d ever like to see that for yourself, I invite you to the Lawrence campus of Northern Essex Community College, the first federally designated Hispanic Serving Institution in New England, where you will find nearly 3,000 students, many of them bilingual and first or second generation immigrants studying to become nurses, paramedics, teachers, web designers, sign language interpreters, social workers, biologists, and yes, police officers.

After touring NECC’s new $27 million state-of-the-art Health and Technology Center and our Communiversity, where our partners Regis College and Northern Vermont University are now offering bachelor’s degree programs downtown, we can visit some K-12 Lawrence Public Schools in one of the fastest and most improved districts in the state of Massachusetts, where the dropout rate has fallen; MCAS scores, retention, and graduation rates have all climbed significantly; and more students are finding their way into colleges and careers.

We might stop by a board meeting of the Lawrence Partnership, a private-public collaboration created a few years ago by business and community leaders to promote economic development in the city.  The Partnership has already launched a multi-million-dollar venture loan fund serving small businesses, created a Training Consortium to improve workforce development, and is collaborating with the Harvard Business School on a new Gateway Cities Leadership initiative.

After lunch at El Encanto, the Lawrence Partnership’s Revolving Test Kitchen, opened last year to boost aspiring restaurant entrepreneurs, we can stop by the Family Resource Center, the result of community non-profits and private industry leaders working together to earn a $750,000 Working Cities Challenge Grant from the Boston Federal Reserve for a project to help stabilize working families and give students the support they need to succeed.

And we can end the day at City Hall, where under the administration of Mayor Daniel Rivera and a city council focused on efficient management, Lawrence has run budget surpluses for several years in a row, boosting its credit rating higher than it has been in more than a generation.

Governors and Mr. President, this is not the time for leadership by blame and division.

We’re all in this crisis together, if we choose to be.

Lawrence is a city of amazing people already moving in the right direction, and you are welcome to join us—when you’re ready to turn around.