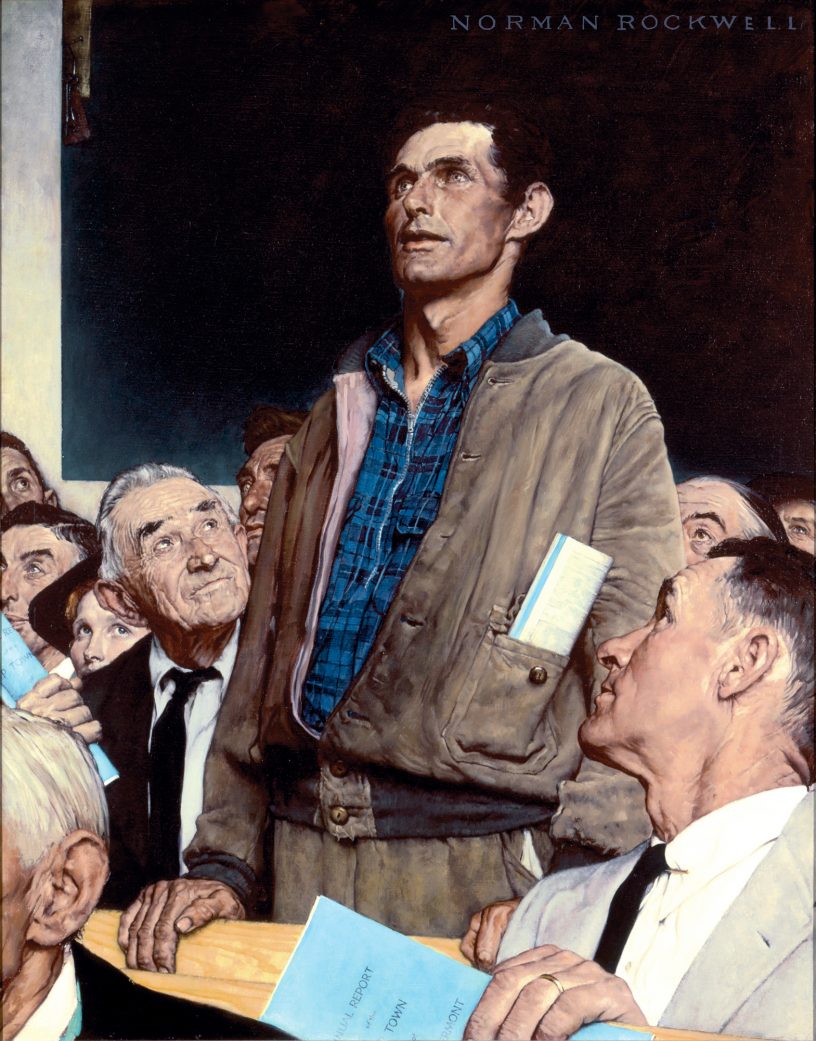 When I was a kid, I knew I wanted to be a writer.

I was inspired by my fourth-grade teacher, Ms. Proctor, who saw some creative ability in me and encouraged me to use it, scribbling journals, poems, and short essays.  She even gave me a giant stuffed pencil that said, “I’m a BIG-time writer!” on it.

One of my favorite television shows was Lou Grant, a drama about the editor and reporters of the fictional Los Angeles Tribune who worked day and night to get the story right.  The show was a glimpse into the personal and professional lives of journalists that confronted challenging social issues of the 1970’s like gay rights, capital punishment, and nuclear proliferation; while also revealing some of the ethical dilemmas journalists face such as conflicts of interest, paying sources, and plagiarism.

By the time I reached middle school, I had chosen my future career: I wanted to make my contribution to the world as a newspaper reporter, like Lou Grant (but with hair).

I became the editor of my high school newspaper, and out of recognition that much of what appears in the press is about bad news, criminal behavior and tragedies, I penned a regular column called “The Optimist’s Corner,” where I described all the good things happening at my school.

I managed to get a part-time job as a layout artist at my bi-weekly local, the Midwest City Sun, back when laying out a newspaper meant carving copy with X-acto knives, waxing it, and artfully plastering it onto blue-lined graph sheets around advertisements for furniture, car dealerships, and grocery stores.

One of my duties as a seventeen-year-old aspiring journalist in that smoky, ink-fumed newsroom where reporters tapping away on old Smith Corona typewriters labored alongside photographers, graphic artists, and receptionists to crank out all the local news that was fit to print was to produce something my kids have never even seen: the TV Guide, with local listings for my central Oklahoma cities and towns.

I understood from an early age that the job of a journalist is to inform people about matters great and small, global and local, so they can make decisions ranging from what to wear to work that day for the rain forecast in the afternoon and whether the Movie of the Week was worth staying up late for; to how to invest their retirement savings, and which candidate for public office was worth their vote.

We had a special machine in the copy room that was used for printing headlines in large fonts on strips of smooth, matted paper.  One day, I printed my own banner, a quote I had run across, attributed to the French philosopher and writer, Voltaire: “I do not agree with what you have to say, but I will defend to the death your right to say it.”

I taped the quote on the wall above my own typewriter at home.

That is what freedom of speech and the idea of a free and active press meant to me as a teenager in Oklahoma.

All of these memories came flooding back to me last Thursday, as word spread about the massacre in the Annapolis, Maryland newsroom of the Capital Gazette newspaper, where five writers and staffers were killed and two injured by Jarrod Ramos, an unhinged gunman with a longstanding grudge against the paper.

I thought about Ms. Proctor, Lou Grant, my high school newspaper advisor, Ms. Bishop, the editor of the Midwest City Sun, Ray Ansari (who seemed 102 years old at the time, but was probably no more than 61, the same age as Capital Gazette Editorial Page Editor Gerald Fischman, one of last week’s victims), and all of the people I worked with in the newsroom.

Then I thought about the hardworking, beleaguered, shrinking staffs at the Eagle Tribune, the Daily News of Newburyport, Merrimack Valley Magazine, Rumbo, and the other local media sources that are so much more vital to our way of life than we often recognize or give them credit for.

Then I thought about Norman Rockwell.

In 1943, halfway through its engagement in the Second World War, America’s best-known painter and illustrator, Norman Rockwell, delivered to his countrymen one of his most famous works: a series of paintings knows as The Four Freedoms.

Framed prints of “Freedom of Speech,” which depicts a Vermont farmer standing up to express his opinion at a town meeting, hang above my desk at home and on campus, as a reminder of this bedrock American value.

At a time when limits on free speech are being tested every day, factual news reports are being blasted as “fake news,” journalists are being branded as “the enemy of the people,” and young aspiring writers, like I once was, now appear on college campuses—even places like NECC, where we have The Observer, an amazing, award-winning, student-run newspaper—wondering if there is a future for the free press, we need Rockwell’s reminder more than ever.

When theFour Freedoms were unveiled in 1943, the Saturday Evening Post commissioned four authors to write essays to accompany each illustration in the magazine.

Booth Tarkington wrote a fictional, cautionary parable inspired by Freedom of Speech which imagines a young Adolf Hitler and Benito Mussolini meeting in the Brenner Pass in 1912, where they plot to take over their countries by suppressing free speech and “purging” their enemies.

Over grapes, wine, and cheese, they lament nations like England and the United States where people create their own governments, listen to each other’s points of view, and vote their consciences, while conspiring to create societies where dissent is punished and the people live in fear.

“Speech is the expression of thought and will,” the youthful Hitler observes, “Therefore, freedom of speech means freedom of the people. If you prevent them from expressing their will in speech, you have them enchained, an absolute monarchy. Of course, nowadays he who chains the people is called a dictator.”

America’s destiny has always been to be a beacon for free thinking, free speaking, and free democracy; not a nation for dictators.

No less an American patriot than Thomas Jefferson (who certainly had his battles with the newspapers of his day) once said, “The basis of our governments being the opinion of the people, the very first object should be to keep that right; and were it left to me to decide whether we should have a government without newspapers or newspapers without a government, I should not hesitate a moment to prefer the latter.”

The free press is not the enemy of the people; it is the voice of the people, and we threaten or endanger that voice at our peril.

This Independence Day, I mourn the loss of Rob Hiaasen, Wendi Winters, Gerald Fischman, John McNamara, and Rebecca Smith, the fallen journalists of the Capital Gazette.

I am hopeful for the safety and grateful for the voices, whether I agree with them or not, of the local journalists in the Merrimack Valley.

I encourage our students who aspire to write to consider studying communications, journalism, political science, and other fields that will prepare them to inform the people of their communities about matters great and small.

And I celebrate the Four Freedoms, particularly the Freedom of Speech, that set this nation apart from those that would enchain, or be enchained.