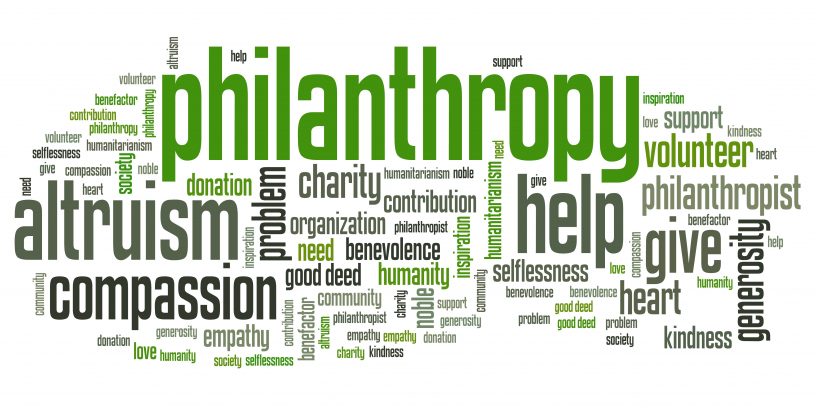 Last October, when some lucky scratch ticket gambler cashed in on the largest prize in history—a whopping $1.6 billion—I wrote this open letter to the “Dear Winner of the Jackpot Mega Millions Jackpot Lottery,” explaining why she or he should consider a gift to the students at Northern Essex Community College instead of Harvard.

This week, another billion-dollar prize is in the news, so I offer this updated open letter to the trustees of family philanthropic foundations across the nation:

By now, you have likely heard the news that three premiere universities and one world-class medical center in America—the Massachusetts Institute of Technology, the University of Southern California, Duke University and the Cleveland Clinic—will each be receiving a share of more than $1 billion from the Lord Foundation.

That’s $260 million each, with very few strings attached, for these celebrated institutions to conduct research, renovate buildings, offer scholarships, or whatever they feel is most needed.

The LORD Corporation, launched in the 1920s, was a global technology and manufacturing company that developed noise control products, automotive and aerospace applications, and specialty adhesives.  The last family member CEO, Thomas Lord, died in 1989; and when the company was recently sold to Parker Hannifin for close to $4 billion, it triggered the release of these windfall gifts through four separate Lord Foundations—some of the largest of their kind in history.

Wow, and congratulations to MIT, USC, and those Blue Devils in North Carolina!

I suppose you are wondering, should such an enormous sum of money ever appear on the ledgers of your civic-minded family foundation, what you should do with it?

I realize you would have a lot of choices to make about how to invest such a fortune in a way that would reflect as favorably as possible on the family and values you represent, so let me help you out just a little bit by making part of that decision easy:

Donate a portion of it to a college where it will really do some good; and while you’re at it, forget about MIT, USC, Duke, or even Harvard and instead, consider Northern Essex Community College.

Any community college, really, anywhere in Massachusetts or across America.  We all have needy students; it just happens that these four have some of the poorest student bodies among the 114 colleges and universities in the Commonwealth.

Meanwhile, according to this article in the Boston Globe, rich students at Harvard University outnumber low income students 23 to 1.

No, that wasn’t a typo.  At Harvard, only about 3% of students come from the bottom fifth of family incomes, while 70% hail from the top.

You’ll find the same is true at MIT, Duke, and USC, where between 60-70% of entering freshmen hail from the top 20% of wealthy families in America, and only 4-6% come from the bottom fifth.

But even if social justice and economic mobility aren’t your thing, let me offer a practical perspective and show you why community colleges are simply a much better investment.

What $1 Million Will Buy at Harvard

Most of the best-known universities already have some pretty big savings accounts.  MIT’s endowment currently sits at $17.4 billion.  Duke’s is $8.6 billion, and while USC’s trails behind at only $5.5 billion, folks, that’s still billion with “B.”

So, if you did decide to write them a check—let’s use $1 million just to keep it simple—your donation to the Harvard Crimson would increase the vaunted university’s endowment by a barely noticeable .000024 percent.

That’s not a major gift, it’s a rounding error.

The approximate cost of attending Harvard, including tuition, fees, and books (but not room and board) is $52,000 a year.  Since the overwhelming majority of Harvard’s students come from wealthy families, they do not receive need-based federal or state financial aid.  However, thanks to its enormous endowment, the university itself offers generous financial assistance to about 55% of its students.  The rest pay full freight.

As a result, the average Harvard student, allowing for some merit-based, athletic, and legacy scholarships, pays about $35,000 a year out of pocket.

Assuming a generous 5% average rate of return on the $1 million you sent Harvard, your donation would generate about $50,000 a year and cover the cost of 1.4 already pretty well-heeled undergrads (who are probably the third or fourth generation in their families to attend college).

What Your $1 Million Will Buy at Northern Essex Community College

NECC is recognized as a “public” college in the state of Massachusetts; but the reality is that only about a third of our funding comes from the Commonwealth.  Student tuition and fees, along with grants, fundraising, and creative revenue sources like corporate training and facilities rentals make up the rest.

We are two-thirds private.

And, like most community colleges, we have a relatively modest endowment—exactly $4,187,196 as of this afternoon.

That means your $1 million donation to the NECC Foundation will increase our endowment by nearly 25%.

The approximate cost of attending NECC, including tuition, fees, and books (we don’t have dormitories) is around $6,800 per year.

The majority of our students come from low-income backgrounds.  Just over half apply for and receive financial aid each year, and most are eligible for sizable awards from the federal government known as Pell Grants, in addition to state aid known as Mass Grants.

The amounts of aid vary by the communities NECC serves.  For example, in Haverhill, where there is a mix of low-income and middle-class families, students typically receive about $5,400 in aid, leaving them with an annual bill of $1,400 or so.

Ten miles down the road in Lawrence, where more students come from impoverished families, they receive about $6,300 in aid and spend about $500 a year out of pocket.

That means the $50,000 your $1 million gift generates each year will cover the total cost of an associate’s degree for a few dozen students in Haverhill, or about fifty in Lawrence.

But wait, it gets better.

According to the “Equality of Opportunity Project,” a national study of social mobility based at Harvard University, NECC is one of the most successful higher education institutions in Massachusetts at leveling the playing field: After their education, 20% of our students move up two or more income percentiles and find careers, incomes, and lives for themselves better than where they started.

All those students who complete associate’s degrees at NECC can expect to earn around $10,000 more per year than high school graduates, or around $400,000 in a lifetime—more than enough to buy a home—and a piece of the American Dream—in Haverhill or Lawrence.

And just one more quick piece of math: Your $1 million is helping between 35-50 students every year earn their degrees.  Over the next forty years, that’s up to 2,000 students, all improving their livelihoods and their lives by $400,000 or more, for nearly $1 billion in additional income.

Their children are almost certain to go to college, too, breaking the vicious cycle of generational poverty; and helping to lift up the entire community.

Down in Cambridge; in Durham, North Carolina; or out in Los Angeles, California, the name of your foundation, generous trustee, may appear in small print as a footnote in the annual ledger of thousands of dutiful donors.

But up here in the Merrimack Valley, where a million dollars (or more) still means a lot, your name will be in the hearts and minds of the thousands of people whose lives you’ve changed for the better.

And if you’re interested, we’ll even name a building for you—take your pick.

Thanks for reading this letter, conscientious trustee, and when the day comes that your foundation is ready make a world-changing contribution, may you give wisely.