It’s Been a Curious Week at Northern Essex Community College… 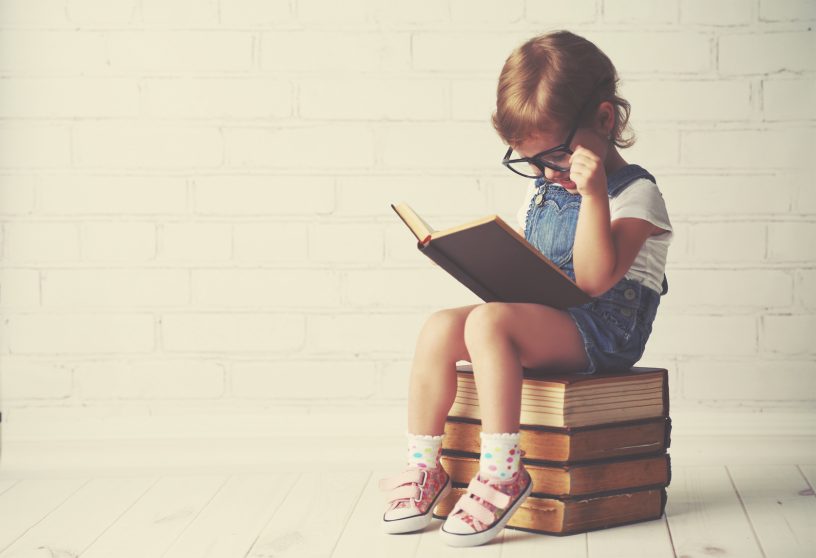 It’s been a Curious week at Northern Essex Community College.

Snuffling Around in the Bushes

QI (for Quite Interesting) is a popular British game show in which contestants are pitched extremely obscure questions that they most likely will not know the correct answers to, then rewarded with points based on how interesting their responses are.

When pitching the idea for the show to the BBC, John Lloyd, QI’s producer, reportedly noted that, “There is nothing more important or strange than curiosity.”  While all animals share the drives for food, sex, and shelter, “Pure curiosity is unique to human beings.  When animals snuffle around in the bushes, it’s because they’re looking for the three other things.  It’s only people, as far as we know, who look up at the stars and wonder what they are.”

But in a world—or a universe—that offers endless things to be curious about, and limitless ways to snuffle around in the bushes and wonder at them; how do we decide what is most important to know, and how best to teach and learn it?

People have been trying to figure this out for thousands of years.

The Great Library of Alexandria, Egypt, built sometime in the third century BCE, was the largest and most famous center for scholarship and the exchange of ideas in the ancient world.  Originally organized by a student of Aristotle’s, the library was charged with the ambitious task of collecting all the world’s knowledge.

Boasting perhaps half a million papyrus scrolls and early books on subjects ranging from mathematics and physics to geography, medicine, philosophy and the plays of Aeschylus, Sophocles, and Euripides; and hosting visiting thinkers and lecturers from both the West and the East, Alexandria was a beacon for learning, and a monument to human curiosity and accomplishment—until it was sacked and eventually burned to the ground in a series of civil wars and invasions.

Today, of course, our Alexandria is Google, with the company mission to “Organize the world’s information and make it universally accessible and useful.”

But whatever form human knowledge takes, and wherever and however it is stored, we still face the dilemma of how best touse it—and even highly intelligent minds do not always agree.

My book club recently tackled this topic with Ian Leslie’s treatise on human exploration and understanding, Curious: The Desire to Know and Why Your Future Depends on It.

Leslie is a British author, speaker, and advertising consultant (clearly a curious man himself) who writes about social trends, psychology, politics, and whatever else catches his interest.

In Curious he describes how curiosity works, some of the challenges of becoming curious in a Web-dependent world of haves and have-nots, and offers some tips for strengthening your own curiosity.

For truly curious deep-divers, you can read Leslie’s book and learn about diversive, epistemic, and empathic forms of curiosity, how memory works, and the importance of culture to creating and efficiently passing along knowledge.

Or, for Google-age skimmers, here are a few of the key takeaways our book clubbers discussed:

That last one may be one of the most important—and debatable—ideas in Leslie’s book.

Basically, Leslie argues that in order to be curious in the first place, we have to know at least a little about a topic, in order to want to know more.

At heart, he is an educational traditionalist, who believes there is an important place in schools for a canon of facts and ideas that students should be taught—by rote memorization if necessary—in order to have a base to build on.

Like E.D. Hirsch back in the 1980’s, who in Cultural Literacy argued that every American child should be taught basic facts about history, geography, literature and other topics, and even included a lengthy list of necessary topics, such as the Bible, the Civil War, gravity, the Alamo, and phrases like “Easy come, easy go”; Leslie suggests that we can, and should, decide that some ideas are more important than others.

He also tries to dispel a few “myths” about progressive approaches to education that he thinks do more harm than good, including the ideas that “children don’t need teachers to instruct them”; that “schools should teaching thinking skills instead of knowledge”; and that “facts kill creativity.”

And in attempting to debunk those myths, Leslie runs smack into some rather widespread trends in education today—including a few we practice here at NECC, like self-paced learning, competency-based education, instruction based on individual student “learning styles,” and the “flipped classroom,” in which traditional lecture material is shared with studentsoutside of class, and class time is used for discussion, active learning, and self-directed work groups.

While Leslie might appreciate what we call our “Core Academic Skills” in areas like written communication, quantitative reasoning, information literacy, science and technology, public presentation, and global awareness; he might doubt our larger ambition, which is to help students become effective “critical thinkers” so that whatever subject matter they are studying or grappling with, they will have the necessary reasoning skills to make informed and effective decisions.

And we’re not alone in striving to get out of the box.

The most popular TED Talk of all time is an 18-minute presentation by another British author and speaker, Sir Ken Robinson, called “Do Schools Kill Creativity?”

I showed a shorter, more humorous and animated version of this talk, “Changing Education Paradigms,” to the guys in my book club.

As the first few seconds of his talk will quickly show, Sir Ken has little time for the Great Ideas approach to teaching and learning, but instead challenges us to “radically rethink” the way we teach kids, and invites educators to encourage young ones to dance, experiment and make mistakes.

Paraphrasing Pablo Picasso, Robinson suggests that, “All children are born artists.  The challenge is to remain artists as they grow up.”

A few takeaways from his tirade against the sausage-making approach to teaching and learning:

Like Maria Montessori a century before him, Sir Ken strafes at the purely rational and practical approach to education, and advocates for more personal freedom for students to pursue their natural curiosity and creative impulses.  He spurns notions of any kind of common curriculum; and finds devices like standardized tests not just dampening, but deadening to curiosity and the human spirit.

There are, of course, benefits, challenges, and unproven theories behind both Sir Ken’s freewheeling Creativity, and Leslie’s more rational and pragmatic Curiosity.

Letting students follow their strengths and natural impulses toward discoveries, new information, and artistic creation can be liberating and joyful.  It also leaves the door to possibility wide open, embracing many ideas, cultural norms, and forms of expression.

Meanwhile, the “cultural literacy” approach can feel overly rigid, prescribed, and limiting; and in an age when the world is connected, and connecting, like never before, a standard list of what should be known risks being parochial and excluding other cultures and perspectives.

Still, it’s hard to argue with Leslie when he points out that two of the greatest minds in western culture—Shakespeare and Galileo—were each born in 1564 and likely attended schools that lined students up in rows to recite Latin grammar from ancient classical textbooks by Seneca and Cicero.

Interestingly, as both K-12 and higher education have become quite politicized, cheerleaders on the left and the right can find plenty to rally around in both Curious and Changing Education Paradigms.

Both Leslie and Sir Ken share disdain for short term “training” of people toward simple, mechanical tasks that can (and will) be automated, and that will not prepare them with deeper knowledge for lifelong career pursuits.

In their own ways, they also each scorn standardized testing, like MCAS; Sir Ken because of its rigidity and lack of creativity, and Leslie for its superficiality.  One of his tips for staying curious is to “turn puzzles into mysteries.”  For Leslie, a multiple-choice question is a simplistic puzzle, while an essay requiring you to tap into a storehouse of deeper knowledge is a far worthier mystery.

For our part here at NECC, our newly adopted mission statement proudly declares we are here “to educate and inspire our students to succeed,” creatively, curiously, and in every other way we can find.

And speaking of standardized testing…

Little Sis Z is in 6th grade, while Big Sis T is a sophomore this year—and it’s MCAS season.  For the last few weeks, schools across the Commonwealth have been encouraging students in grades 3-8 and grade 10 to get a good night’s sleep, drink plenty of water, and eat eggs for breakfast in preparation for the English Language Arts and Mathematics portions of the Massachusetts Comprehensive Assessment System (which a couple generations of pupils have now groaningly referred to as the “Massachusetts Child Abuse System.”)

Big Sis T happened to be wandering through the room when Sir Ken’s “Changing Education Paradigms” was playing for the guys in the book club.

Her face lit up when she heard him say, “It’s not a coincidence totally that the incidence of ADHD has risen in parallel with the growth of standardized testing.”

She was riveted as Sir Ken explained that, “Schools are still pretty much organized on factory lines; ringing bells, separate facilities, specialized into separate subjects. We still educate children by batches; we put them through the system by age group.  Why do we do that? Why is there this assumption that the most important thing kids have in common is how old they are?  It’s like the most important thing about them is their date of manufacture.”

And she practically leapt with joy when he jabbed, “It’s essentially about conformity and…if you look at the growth of standardized testing and standardized curricula, it’s about standardization. I believe we’ve got to go in the exact opposite direction. That’s what I mean about changing the paradigm.”

To which T echoed, “I agree, but it always sounds whiny when I say it!  Maybe I should use a British accent.”

As you look back on your week, and forward to the one ahead, may you enjoy a cool spring evening looking up at the stars and wondering what they are, let loose your inner creativity, and stay curious, my friends.