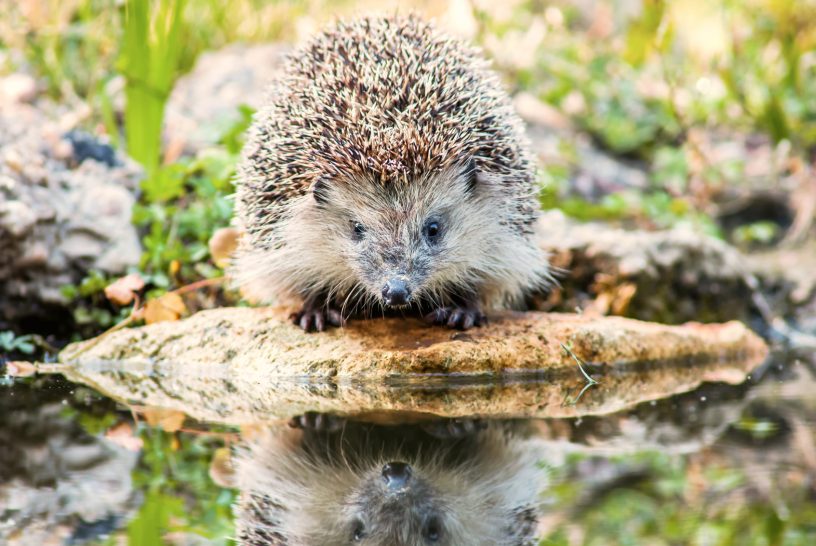 It’s been a Both/And week at Northern Essex Community College.

If I Were a Carpenter…

Not long after I started my job as president of NECC (exactly five years ago Friday) I was interviewed by a newspaper reporter writing a feature story about the new guy.
He took out his pen and pad of paper, cocked his head to one side, looked at me quizzically, and asked:

I suppose it was a reasonable question.  How in the world does someone who started out at a community college, earned a few degrees in speech and theatre, and spent years acting and directing plays and musicals, rigging lights, building sets, and teaching students about Aristotle and Shakespearean tragedies become a college president?

So, I responded by explaining how training in the arts can prepare you quite nicely for a career in higher ed:

Sounds like perfect preparation for a career in college administration to me.

I also explained how twenty years ago or so I helped launch the first apprenticeship program for stage technicians to be recognized by the U.S. Department of Labor’s Bureau of Apprenticeship and Training.

While teaching those theatre history and literature classes in the “Liberal Studies Division” of Lansing Community College in Michigan, I was also teaching carpentry, rigging, and lighting over in the “Careers Division.”  Bringing together a network of employers at theatres, convention centers, and concert halls with one of the country’s oldest unions, the International Alliance of Theatrical Stage Employees (IATSE).  My students were working as grips, gaffers, and the occasional pyrotechnician on movie sets, in the wings of Phantom of the Opera, and backstage with the Rolling Stones.

I was reminded of that reporter’s question—and my response—last week when I happened to be walking across Boston Common with a senior state official who asked:

“Do you think community colleges should get students ready to transfer to a university for a four-year degree, or prepare them to go right to work?”

And, he challenged me, “You can’t say both.”

He went on to explain that in an environment of shrinking state resources, and rapidly rising tuition bills for college degrees, it seemed that community colleges have too many missions, should stop trying to be all things to all people, and stick to one thing we can do well.

He also seemed to suggest that the one thing probably should be helping employers in the state by preparing students to fill jobs in high-demand fields.

I smiled and kept the conversation going, but inside, I heaved a great sigh.  I thought we had left the old “education versus training” debate years and years behind us.  In a knowledge economy like ours, the best education truly is both general (e.g., the Liberal Arts) and specific (i.e., some kind of hands-on skills).

But nonetheless, the idea that we can sort people into one category or another and somehow educate or train them faster and better still pops up now and then.

Whether he knew it or not, my companion on the Common last week was advocating a business model for community colleges known as the “Hedgehog Principle.”

The ancient Greek poet Archilochus wrote a parable about a fox trying to catch a hedgehog.  The fox tried everything it could think of—running, jumping, sneaking around, and playing dead; but the hedgehog just did what it does best—curled up in a ball and poked spines into the fox’s nose.  In the end, as Archilochus famously said, “The fox knows many things, but the hedgehog knows one big thing.”

From this notion about the wildlife habits of foxes and hedgehogs, business writers like Jim Collins in Good to Great have developed “The Hedgehog Principle,” which encourages organizations and their leaders to understand their values, identify the one thing they can be the best in the world at, stick to it and find a way to make it pay off.

The problem, though, is that the Hedgehog Principle doesn’t actually work for most organizations, which have to constantly adapt and reinvent themselves for rapidly changing markets and consumers (unlike the plodding hedgehog, which sleeps most of the time, when it’s not rooting under the shrubs for insects, worms, and snails; or defending itself from foxes).

And, the question I was asked about community colleges is what logicians, philosophers, or Greek poets like Archilochus would call a “false dichotomy.”

It really isn’t a matter of either/or—there are other choices.

When it comes to community colleges, you need a “both/and” mindset.

A little history may help:

Many, perhaps even most, community colleges in the United States began as either transfer colleges or vocational/technical colleges.

America’s first community college was Joliet Junior College, founded in 1901 as an inexpensive way to prepare low-income students from Joliet Township High School to attend the nearby University of Chicago.

Either way, most of the nation’s 1,108 community colleges have become “comprehensive” colleges over the past couple of decades.

The lesson in states like Maine, where not enough people were earning college degrees for the 21st century workforce, was that they needed lower-cost, close-to-home community colleges to more broadly prepare students to transfer to universities—the Joliet model.  So in 2003 the Maine Technical College System became the Maine Community College System, which now offers associate in arts degrees in Liberal Studies and other fields, mostly for transfer students.

And the lesson in places like Massachusetts, where most of our fifteen community colleges have their roots in the liberal arts and preparation of those transfer students—is that we need to provide even more access to emerging 21st century vocational skills in advanced manufacturing, IT, and healthcare.

What we cannot and should not do is choose between these vital missions and abandon one or the other.

The percentage of students who attended two-year colleges before completing their bachelor’s degree does vary by state, from a low of 16% (Alaska) to a high of 70% (Texas).  The national median is 40%, and Massachusetts is below that median at 24%, though that figure has been rising, from 20% a few years ago.

So, back to the challenging question I was asked: “Do you think community colleges should get students ready to transfer to a university for a four-year degree, or prepare them to go right to work?”

The best answer, of course, is “both,” and then some.

But better yet, change the question to:  How can the state best support community colleges in their mission to get students ready to transfer, and prepare them to go right to work?”

The reality is that all of us at community colleges are in the business of “workforce development.”  No matter what you are teaching or what program you represent—and we have more than 70 options at NECC—one day, your students are going to go out looking for work in their field.

And, a good many of us (just ask around if you aren’t sure) find that ten or twenty years later our careers have taken us in some unexpected directions.

For example, from carpenter to college president.

With that in mind, community colleges should absolutely be committed to short-term, non-credit training, and one- and two-year certificate and degree programs and apprenticeships that prepare students to go directly to work in advanced manufacturing, IT, healthcare, life sciences, and dozens of other fields that prize the hands-on training and education we can provide.

To turn away from, or even limit, the transfer mission of community colleges would be to take an enormous step backward in time—when the state’s workforce and economy can least afford it.  It would mean blocking a quarter or more of tomorrow’s bachelor’s degree earners in Massachusetts—including a majority of first generation, low income, immigrant, and minority students—from access to higher education.

Supporting community colleges in both our transfer mission and our career preparation mission is not just an economic and workforce development advantage, it is a social justice imperative.

Rules of the Road

Car insurance rates for teenagers can be astonishingly high.  According to a study by InsuranceQuotes.com, adding a teen to a married couple’s auto insurance increases premiums by about 80%.

Of course, insurance companies are in the business of calculating risks, so adding your teenage daughter only increases that bill by 67% while adding that teenage son nearly doubles that debit, tacking on 92% more.  And that’s on the family plan.

Anyone who knew me when I was a teenager and started driving around the back roads and highways of Oklahoma in my 1976 Chevrolet Monte Carlo would say there is a very good reason for this: teenage boys can be hazards behind the wheel.

Big Sis T just turned 16, passed the test for her learner’s permit, and immediately, and excitedly, took to the road.

As much as she is a chip off the ol’ block in many ways, apparently teenage driving habits aren’t hereditary—and that’s a good thing.  Much to her credit (and the occasional dismay of other motorists) Big Sis is a careful, cautious driver.

In fact, on a recent outing along the winding Merrimack River road near our house, she puttered happily along and didn’t mind at all that she was being passed by bicyclists, runners, kayakers out in the water, and a dog walker with two Labradors, a golden retriever, three mutts and a surprisingly speedy dachshund.

Kidding aside, having a new teen driver in the house offers the opportunity to see some of our local driving laws, markers, and habits through fresh eyes—and to answer some challenging questions.  Here are just a few that Big Sis T asked during her first week on the road:

As you look back on your week, and forward to the one ahead, may you ask the right question, happily use your head and your hands, and, as the great Yogi Berra might sagely say, when you come to a fork in the road, take it.