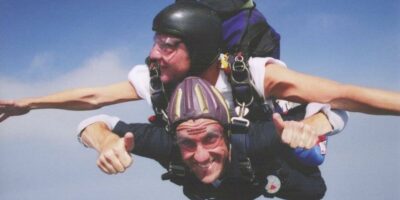 Tomorrow is Veterans Day, an opportunity for all of us to reflect on the sacrifices of those who have served our country in the military, and to express our appreciation.

We have several veterans in my family, including my father, who served as a United States Marine for more than twenty years, two of those on the ground in Vietnam, and my brother, who was an Army officer in Afghanistan where he earned the Purple Heart.

Dad is 82 now, suffering the effects of Parkinson’s Disease, and living in an assisted care facility near our home.  Both of my daughters are home for the long weekend, and tomorrow we will visit him for a Veterans Day Tradition we began when they were quite young.

I originally wrote about “America’s White Table” back in 2012:

Since the Vietnam War, the “Remembrance Table” has been a feature of most formal dining ceremonies on military bases and in banquet halls around the world.  Although the table’s appearance may vary depending on the branch of service and the occasion, it is typically a small table, set with simple, symbolic items, and a lone chair, in honor of those who have fallen in the line of duty, are missing in action, or prisoners of war.

Margot Theis Raven writes about this moving tradition in a children’s book called America’s White Table, in which a young girl and  her mother prepare a Veteran’s Day dinner for her Uncle John, and set a remembrance table with a white cloth, a lemon slice, grains of salt, a black napkin, an empty glass, a white candle, a red rose, and an empty chair—symbols of a soldier’s pure heart, tears of loved ones, the sorrow of captivity, those who are missing, and hope for their return.

A few years ago, we sent copies of America’s White Table to all of the veterans in our family.  And now, each Veteran’s Day, Big Sis and Little Sis set a white table at our house, then call the grandpas (and now an uncle, recently returned from Afghanistan), and they take turns reading the book to each other over the phone, next to the table.

Near the end of the story, reflecting on her Uncle John’s service and what he means to her, the young girl traces the word “Hero” in the grains of salt on the table.  It is Big Sis and Little Sis’ favorite part of the book, and whichever one of them is reading when that page is turned, her voice swells with love, gratitude, and pride…

A special note:  About 5% of community college students nationwide are veterans, and according to data from the U.S. Department of Education, they often face greater challenges.  For example, 27% of student veterans report having a disability, compared to 20% of students who are not veterans. Student veterans have higher rates of serious disabilities, such as blindness, being deaf/hard of hearing, physical mobility, and concentrating and remembering, than students who are not veterans.

There are 60 active military or veteran students currently enrolled at NECC.  We have been named a “Best for Vets” college by the Military Times and  designated a “Military Friendly School” by Viqtory, a national organization that connects veterans with civilian education, employment, and entrepreneurial opportunities.  The college awards credit for military training and experience, and top areas of study for veterans at Northern Essex include Business, Computer Science, Criminal Justice, Health, and Engineering.  For more information, contact NECC Veteran and Military Services Coordinator, Latashia White at lwhite@necc.mass.edu or (978) 556-3631.